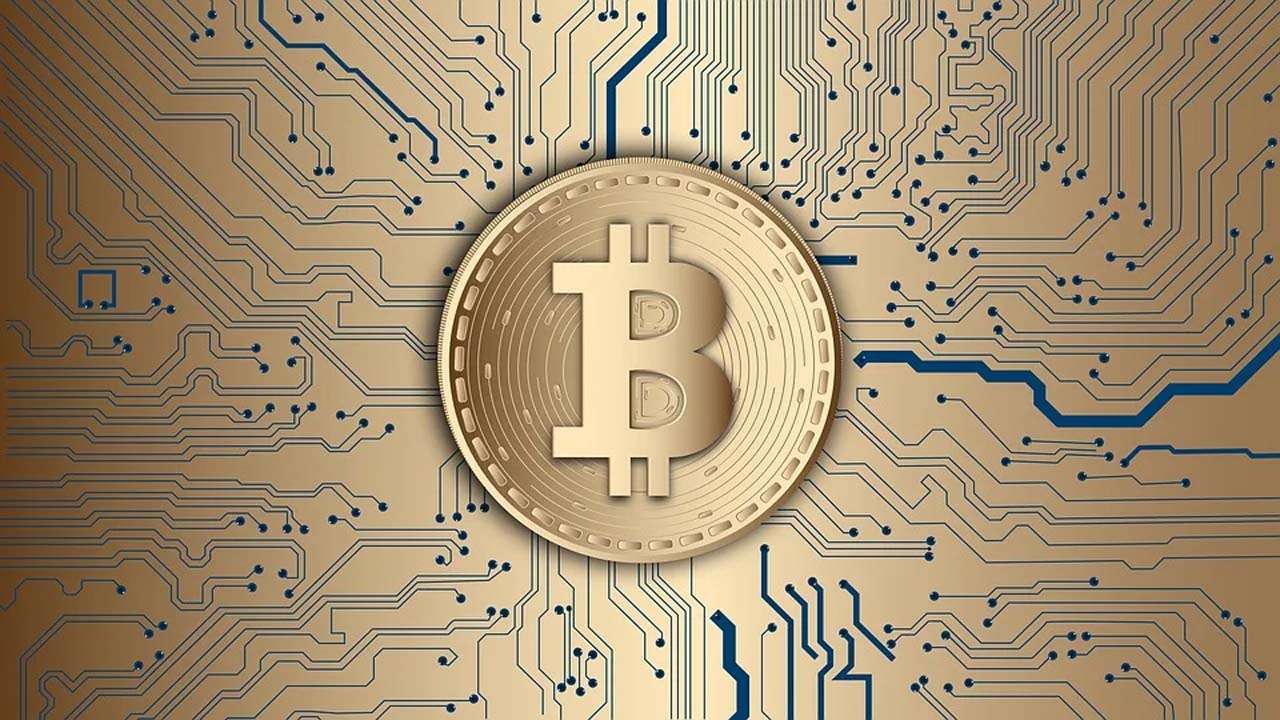 By kslegal-admin Economy, Others No Comments

RBI, the Central Bank of India has been in a cold war with the Indian crypto industry. It can be best described as antagonistic and aversive. Being concerned with India’s ability to absorb financial shocks, RBI has time and again tried to unfurl the disadvantages of using cryptocurrencies, however, the industry construed RBIs reaction as hyperbolic! India, among other nations, has been particularly belligerent towards cryptocurrency, so much so, that it had constituted a high-level intermediate committee to report on various issues pertaining to cryptocurrency. The committee had subsequently in 2019, recommended a blanket ban on private cryptocurrencies in India hurling many crypto investors on the wrong side of the law.
The belligerent attitude of Indian authorities towards digital currency has led to banks emphatically distancing themselves from the crypto community, apparently egged on by the RBI. Working along the same lines as the government, in May, the HDFC Bank had sent a rather threatening email to their customers, warning them against virtual currency transactions. It is to be noted that the email had cited an RBI circular that was published on April 6, 2018. The circular had reportedly instructed all of the businesses it regulates to cease any involvement with cryptocurrencies. Additionally, such a stringent activity was also conducted by the State Bank of India. Similarly, several large banks, namely ICICI Bank, the country’s largest private lender too stopped providing services to crypto exchanges. It is to be noted that due to the government’s stringent stand on the contentious matter, several cryptocurrency exchanges have reported difficulties with bank deposits and transfers.

As it can be anticipated, the banks’ nefarious emails had prompted an uproar among their customers and crypto investors, with many taking to social media to express their discontent. But why are investors raging with anger? Fear of missing out on high, unpalpable profits that crypto trading offers them. According to a research report by Bloomberg, the technical outlook for Bitcoin remains strong with the price of the cryptocurrency all set to surge around 600% to hit the $400,000 level in 2021.
The government’s repugnant attitude throws a question that in contrast to the Indian government are all authorities in India wary of the digital currency? Apparently, not. Recently, the RBI’s circular was struck down by the Supreme Court. The Court contended in its March 2020 ruling that the RBI had failed to provide sufficient proof, and to detail instances of losses arising from crypto transactions, that might merit such a drastic measure as its de facto ban on banks’ involvement with cryptos. Therefore, it can be rightly stated, that to some extent, pressure is being built on the authorities to at least lift its temporary ban on crypto services.

It is no news that Elon Musk has been an ardent endorser of the cryptocurrency. Where many might presume him to be the crypto guru, many can’t help garb their aversion towards him due to his cryptocurrency manipulation charades that onsets great volatility in the market. It is to be noted, it is due to this very reason, Indian authorities are so averse to the idea of cryptocurrency. The digital currency granting anonymity to criminals for nefarious crimes is considered a safe haven for digital criminals. But more importantly, it is the inefficiency or the inability to track the real perpetrator of the crime that is the sole reason for India debunking the crypto supremacy. Interesting enough, loss of revenue is also a big challenge that the government faces. As it is known, the crypto market is unregulated, thus it is often quite arduous or rather impossible to track payments and hence to generate revenue through transactions.
Additionally, cryptocurrency being a highly volatile market, which might not be running rationally poses a big risk of a financial bubble that is doomed to burst. As it is known, during the pandemic, when consumer and investor confidence was at an all-time low, the crypto market was booming, rather skyrocketing.
In contrast to individuals, various cities like Miami have also tried to pursue cryptocurrency by conducting state-wise crypto fares in order to court crypto investors to the town. With El Salvador becoming the first country in the world to grant legal tender to the contentious digital currency, pressure to flip the coin in favour of crypto is rising. But with irrational behaviour associated with the market and various comments like “Crypto isn’t the real economy” by Elon Musk and not-so endorsing statements by the former US President Donald Trump, who at best, considers Crypto a farce, both the sides of crypto, at the current moment, are evenly balanced.
While countries like South Korea are implementing a legislative framework to regulate Cryptocurrencies and Crypto exchanges, India, on the flip side, is considering imposing an effective ban on “private” digital assets and digital currencies. Further, the Indian government has indicated to table The Cryptocurrency and Regulation of Official Digital Currency Bill, 2021 which will effectively ban “private‟ Cryptocurrencies and introduce its own digital currency called Central Bank Digital Currency. Although India’s stance of regulating cryptocurrencies through state-backed CBDCs regulated by the RBI is worrisome, it doesn’t come as a surprise. Going forward, it is imperative to have a dialogue on stakeholder concerns or risk getting smeared in the litigation quicksand thereby leaving crypto traders in dire straits, resulting in uneasiness in the sector which is destined to accelerate to greater heights in India.
The Achilles’ heel in RBI’s approach is the delusion towards the fact that it is possible to ban cryptocurrencies whereas looking at all the other nations’, it is wise to regulate it and mitigate systemic risks vis-à-vis a blanket, yet ineffective ban. A bill regarding banning cryptocurrencies is still in parliament which if approved, will suffice the RBI’s objective however, it will be interesting to see who wins this battle of the contentious crypto war. 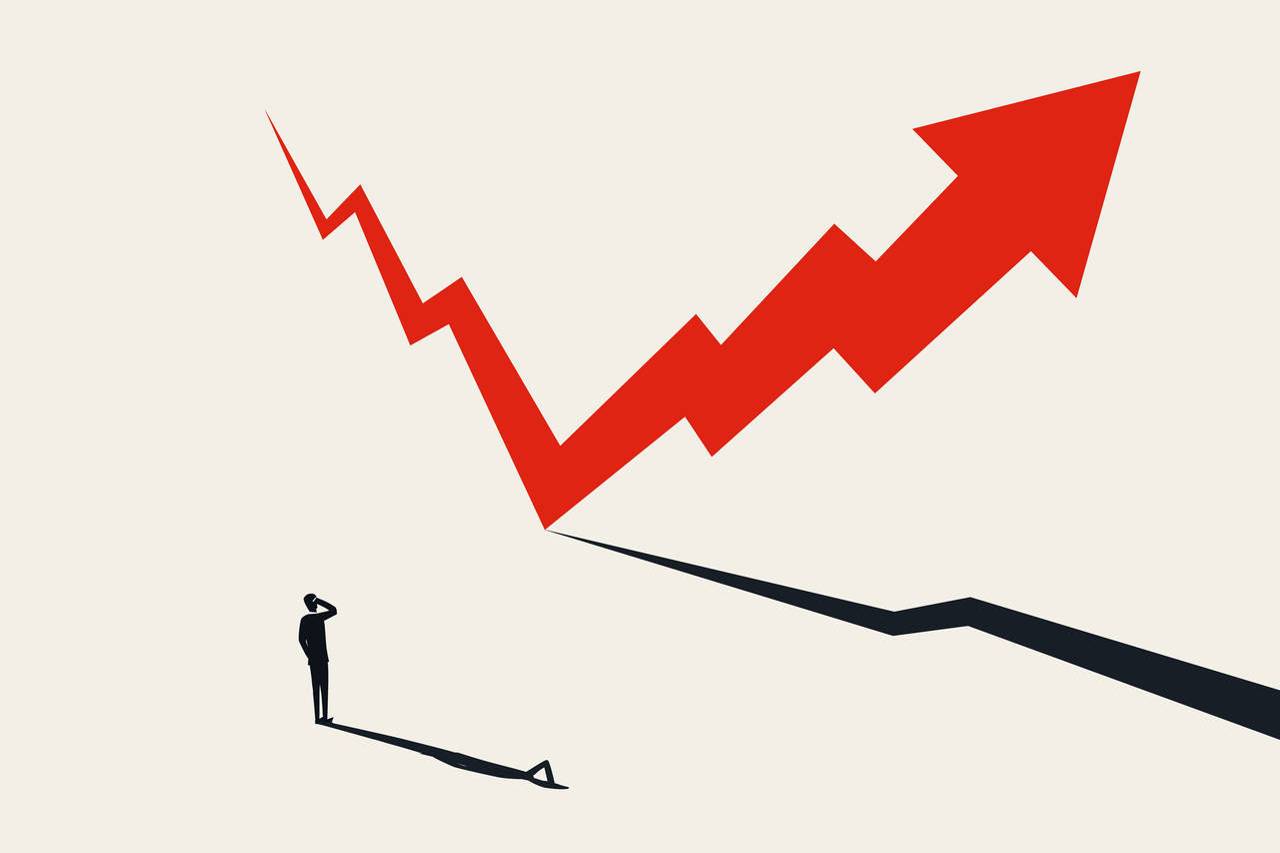 India headed towards K-shaped recovery as inequalities grow: What this means for borrowers and lenders?

No country escapes. Only China is forecast to show positive economic growth, and that is a meagre 1%. Although the International Monetary Fund (IMF) foresees a considerable rebound in 2021, the extent of the depressionary forces pressed by the pandemic remains uncorroborated and hence not comparable to any economic crises of the past.
In an economy that struggles to battle with huge unemployment and stressed asset abundances every year, the pandemic seems harshly unkind as the recovery charts start to form not a ‘v’ but a ‘k-shaped’ recovery chart. The Economic Survey 2021, predicted a ‘v-shaped recovery and projects the real economy to grow at 11% in 2021-22. The estimates match closely to the one given by IMF, with the latter predicting 11.5% in its global outlook report. If the same is achieved, the real GDP shall reach the pre-pandemic level of 2019-20.
Across the globe, various patterns of recovery are anticipated such as V-shaped, U shaped, W shaped, L shaped and even K shaped if upper-income groups recover fast, however, low-income groups continue to lose ground. Further, it may be that all of these patterns will be observed in different countries, for the profile over time depends on the social and sanitary policies implemented to stop the spread of the virus and the nature of the economic stimulus.
However, a closer look at the GDP numbers points to a ‘k-shaped’ recovery. A ‘k-shaped’ recovery chart essentially means that different sectors of the economy shall grow and revive at different paces, thereby forming distinct staggers in the process of being mapped. While the richer households and businesses are witnessing their incomes and profits grow at a faster pace, income and consumption are plummeting to the bottom. These differences are visible in employment and consumption statistics as well.
Such a stark split in the recovery of different sectors essentially translates to a dismembered recovery pace, wherein a handful of the sectors see an upward rise whereas the other handful observes a downward trajectory, indicating the ailing sector in an economy that might need investment, restructuring or other such incentives for their upheaval. More often than not, the rather well equipped and modernized players observe the upward trend on the chart, whereas the non-adaptive, orthodox players observe the boorish one.

The Indian scenario recounts economists as considering the rebound of the Indian economy being in tandem with the aforementioned phase of recovery, as the pandemic has rendered the already gaping inequalities in the Indian forefront as a vastly dilapidated social dynamic. This forecast further hurts the chances of the quarterly growth agendas massively as the second wave of the virus also threatens to loom large over the heads of the jurists and economists.
Such a staggering growth chart would quite obviously lead to a ballooning of the fiscal debt, and the said monetary incentives and policies would fail to correct the deviations kept in mind should they not be adapted to the problem at hand, thereby suggesting an even slower recovery chart, as compared to a ‘v-shaped’ form of recovery that indicates a faster and all-round revival of the economy.
The highlights from the address by Duvvuri Subbarao feature certain key points with regards to the opinion stated above, these key points entail  RBI’s pledge to buy 1 trillion rupees worth (about $14 billion) of sovereign notes through the G-Sec Acquisition Program in the upcoming quarter, supporting overall growth, ensuring price stability in the economy, financial stability of earning households, yield curve management and lastly protecting savers in India who are grappling with non-yielding deposits, moreover,  the RBI needs a separate instrument for each objective.
At the outset, the privatization of state-run banks may be a step in the right decision. Instead of utilizing scarce budgetary resources to recapitalize government-controlled lenders, it would be advisable to employ that money in an arena where it will be more productive. It is an indisputable fact that banks and NBFCs have written off over ₹2 trillion in the past two years. From the lender’s perspective, the RBI moratorium provided momentary relief to borrowers, but the consequences of such stalling of the economy remain in an uncharted zone. Adding fuel to fire is the rise in bad loans as the moratorium has come to an end. These bad loans are likely to snowball in the coming quarters and propel banking institutions and NBFC-lenders to take a cautious approach just when credit is most needed to keep the economy going.
From the borrower’s perspective, the numerous schemes and relaxations accorded by the government have been formulated to push the demand side up but the key lies at the grassroots level. Therefore, though government policies and relaxations revolve around customer’s interests and well-being at the core, the well-being of banks and NBFCs themselves remains precarious in a demand-mute and liquidity-dry market therefore raising concerns about smooth policy implementation. Especially in light of the cautious lending approach, smaller traders, MSMEs and individual borrowers thereby hurling them in an abyss of stagnancy, litigation and perhaps more debt and thus being severely hit.
It goes without saying that the pandemic has given rise to an urgent need to lessen the negative economic consequences, safeguard the vulnerable population of the society and pave the way for sustainable recovery. However, it is an admitted fact that the inability of low- and middle-income countries to invest in robust immunization programs could result in “a deeper and longer-lasting crisis, with mounting problems of indebtedness, more entrenched poverty and growing inequality” as rightly pointed out by Treasury Secretary Janet Yellen. Therefore, the subsisting inequalities and vulnerabilities that characterize the present growth path, coupled with the structural and institutional changes that are needed in India and the world should be adequately addressed to witness positive growth in the post-COVID era.