Compliance and Control in The Ecommerce Industry: Sufficient or Crippling? 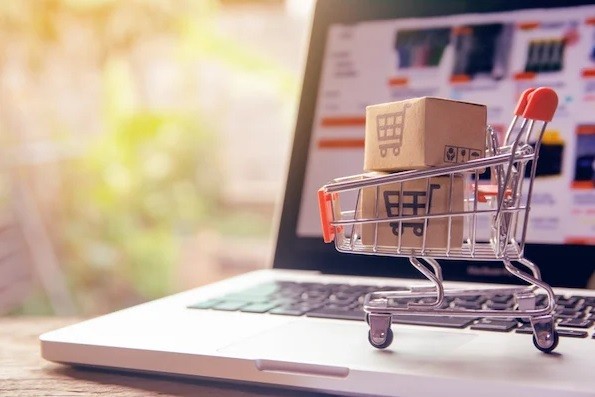 Compliance and Control in The Ecommerce Industry

The eCommerce industry in India is a burgeoning business that is taking the Indian e-commerce market by storm. With increasing integration and usage in the economy, the government is trying to concoct compliance schemes that will help regulate the sector. The proposed amendments to the Consumer Protection Act reveal the government’s penchant and willingness to intensify its scrutiny and intervention in India’s burgeoning e-commerce business which might give fair competition to its global peers.

With the introduction of new changes in the e-commerce act, it can be scrutinized that the industry might be waltzing towards greater compliance which in hindsight appears to protect the interests of a powerful domestic retailer lobby rather than the interests of consumers, an agenda that is being vehemently supported by the government.

Though, one should make no mistake, that regulation in the eCommerce industry is long overdue. This is due to the fact that there have been various instances and episodes of sharing of consumers’ data without consent which has emphatically rendered them the quality of being a product that is being used by the multinational companies for its benefits.

Thus, increasing compliance in the industry has been a burgeoning need in recent times. The time for better alternatives for consumers needs to be provided by the government, which extensively has been exploited by the money-mongering capitalists.

The recent advisory’s requirement effectively requires eCommerce platforms to emphatically register themselves with the Department of Industry and Internal Trade. This needs to be additionally carried out with the appointment of a chief compliance officer as a nodal point for effective and positive law enforcement. This law enforcement will be enforced by the agencies and will be a useful way for the government to track the clandestine activities of the platforms.

However, suspicions have been brewing in the industry that such a compliance order will hinder the working of the platforms that already find it difficult to comply with the crippling laws. With the need for compliance through nodal officers, delays in decision-making will be seen. This will be complemented by delayed decision making and in business given the companies are still recuperating from the covid-induced slowdown and supply chain shocks.

E-commerce, as is no news, is an online-based business model. This sector or niche has been set up to effectively provide the consumers with an online market service through an online portal used by people for several functions like selling and buying products. Many might argue that it is quite a newer concept for transforming India, especially the Rural area, which is still tasting the fruit of the success of such businesses.

India’s compliance policy in a relatively newer domain raises the question about its archaic structure which might not be quite suitable for the newly invented venture. With relatively new businesses cropping up in e-commerce, it is quite odious to comply with the policies that hinder the businesses which are in their nascent stage of growth.

India, for years now, has been bearing the brunt of a low position on the freedom of business index. Such policies exacerbate the already battered business circumstances in the country.

The problem is particularly arduous and debilitating for the e-commerce sector as the legal compliances make it particularly arduous for the effective functioning of the supply chain ecosystem. However, not every law under the Indian legal system can be characterized as illegitimate or crippling. One such act is the Legal Metrology Act which is also defined as the “E-commerce entity”.

According to the aforementioned act, the entity is entitled to comply with and meet certain specific standards relating to packaging and labeling that have been set by the Legal Metrology Act of 2009. According to many deflectors, the act proves to be particularly cumbersome as it provides a hindrance at the very first step of the sale of a product.

According to the Legal Metrology (Packaged Commodity) Rules of 2011, it has been stated that an entity is needed to display mandatory information about the goods on the network. Though many might argue that this proves a specific hindrance in the ecosystem, it cannot be denied that an act of such a character is required as the right to information is a considerable, legitimate right of a consumer. Here, such an act cannot be confirmed as a hindrance as it effectively provides a customer a legitimate right to delve deeper into what he or she is consuming.

Thus, in totality, it cannot be denied that the e-commerce industry’s rapid growth reflects the public’s growing acceptance of it, but it also cannot be denied that it has also been brought to the fore that there are certain concerns that the country’s legal system has been dealing with for quite some time now. Here, particularly cumbersome is the fact that the laws pertaining to e-commerce are quite uncondensed of statutes.

This can be argued on the fact that there is no specific codified law for the functioning of the e-commerce sector. Thus, this will lead the companies to particularly look at such a perspective of the particular situation for which the laws are to be considered. To succeed in such an uncodified legal system in the sector, many multinationals and e-commerce enterprises will have to have a thorough awareness of the legal regime.

This will also include potential challenges that an e-commerce business will face due to sheer negligence and crippling laws prevailing at the moment. Further, it might not be farther than the truth to argue that the regulation of the e-commerce sector is quite emphatically dynamic in nature.

This effectively means that laws are quite scattered in nature. Thus, given such variability in the legal system, it becomes of utmost importance that entrepreneurs that are willing to venture into the e-commerce business must be quite mindful of the legal and regulatory compliances. Thus, such a structure does not very well fit with the theme of making business in India accessible for entrepreneurs. On the contrary, India’s crippling laws need a replacement, the sooner it comes the better.