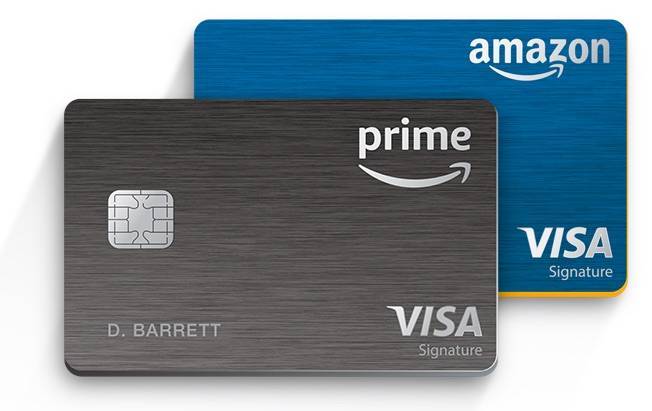 Leading up to 2020, radically transformed Bank models have emerged. A glimpse ahead shows an emphasis on innovative technologies to vastly facilitate banking – inclusive banking through new types of Bank models, non-traditional alliances to make banking affordable, and Fintech capabilities to make banking customer-centric. Banking in the future will leverage the geographic reach and financial know-how of NBFCs by joining hands with Fintech companies disrupting services with AI, Blockchain, and cyber security tools.

Given the above, it wouldn’t be surprising if Amazon bank one day materialized into a robust conventional banking alternative. Though Amazon is not a bank but the prospects of it becoming one aren’t too bleak. Why do we think so? It is due to one of the eCommerce giant’s traits to boast about its banking attributes and services that it would like to offer its customers that make us wonder if Amazon really thinking of its own bank.

It is to be noted that Amazon has announced multiple credit cards such as theAmazon.com Business Credit Card and Amazon Rewards Visa Signature Card. Secondly, based on its lucrative partnership with Synchrony Bank, Amazon plans for a secured credit card for consumers with bad credits. Sounds much like a bank? Yes, it sure does.

If you think Amazon has just ventured into the vertical of producing multiple cards or releasing new credit cards, you are up for a surprise. Amazon has also launched itself in the lending business by launching small business loans, through invitation only,  through its ambitious Amazon Lending business. Additionally, Amazon Pay has come up with a digital wallet for customers and a payments network for retailers and shoppers. This emphatically shows that Amazon is venturing out into the retail sector.

Lastly, a final attribute of a bank that Amazon, at the moment, arduously follows is a reputation for unmatched customer experience. Given that both banks and Amazon thrive on customer experience and endlessly are on a crusade to talk about delighting customers, it will not be a surprise if Amazon and Bank in the future might be used as synonyms.

Just like you can store money in a bank, consumers can also store money with Amazon Pay. This is because Amazon Cash works at numerous participating stores that include CVS Pharmacy, 7-Eleven, and Boost Mobile.

The origin of Amazon Bank rhetoric

The topic of Amazon in banking isn’t without credit or just mere speculation. The aforementioned reasons lead to the formulation of a strong case in favor of Amazon bank. In addition to all the banking attributes that Amazon is now inculcating in itself, the claim was backed at Fortune magazine’s recent industry conference.

But is Amazon rooting for the same? Amazon Pay’s vice president and general manager Patrick Gauthier believes that even though they can build something doesn’t mean that they should.

But presenting such contentious analogies doesn’t mean that Amazon would not. The Bank of Amazon according to experts can be closely integrated with the Amazon website. In addition, it can also be integrated with Amazon mobile app, with specialized in-person help desks in its Whole Foods stores. This as aforementioned will be due to its recent expansion in the retail sector.

Many are also of the view that Amazon wouldn’t have much difficulty in venturing out into the domain of car loans. This is more prominent because consumers can already purchase automobiles through Amazon. The cherry on the cake is that in addition to automobiles, auto parts like tires, mufflers, mats, and garage door openers are also available.

Talking about Amazon’s consumer base, it would be an understatement to state that Amazon is just a lucrative business. Its colossal 102 million subscribers on Amazon Prime can offer a huge potential customer base for Amazon. Thus, it can be rightfully anticipated that Amazon can provide an opportunity for finance and offer deals to customers with weak credit history in a few simple clicks. A single destination for shopping and finance, who wouldn’t want that?

Given all the affirmations in favor of the humungous, lucrative Amazon bank rhetoric it is pertinent to ask is the idea feasible? Many experts believe that banking stalwarts must evolve to compete in the banking sector. In fact, one could also effectively argue that banks will need to become more like Amazon.

Given Amazon’s exceptional organizational skills and excellent customer service, which knows all you need to know about how to engage your customers, banks will have to ramp up their technology and presentation. Due to Amazon’s excellent and seamless customer experience, it effectively completes a transaction and suggests new items to buy in seconds, which can be hailed as an effective marketing strategy.

Thus, if traditional banks can offer a similar customer experience to their users and enhance their ability to connect with them through effective communication relationships with managers via secure video or live chat for smaller requests or questions, where customers can obtain personalized service, banks may get a chance to court more customers.

Will Amazon settle with its curtailed freedom?

Again, it is very likely that Amazon Bank will never materialize. However, given the recent developments where BharatPe and Centrum would rescue the significantly distressed PMC bank by way of starting a small finance bank (SFB), Amazon’s entry into the shadow banking space is not an impossibility.

However, entering into the banking services would mean that they’d have to meet national and state banking regulations. So Amazon would want to avoid elaborate regulatory compliances interlaced with red-tapism at any cost. As a matter of fact, banks can effectively end up partnering with Amazon. But why would they do so?

Partnering with Amazon would mean that banks will be able to track what customers spend on mortgages, rent, or healthcare. Given such useful insights, the more it can serve as a clearinghouse for financial products. Additionally, the onus is on traditional banks to meet the challenge and try to work with the eCommerce giant rather than against it.

While some sectors of the industry will undoubtedly suffer, there remains an opportunity for others to thrive by leveraging the advantages of Amazon’s capabilities. Thus it would be interesting to see in what direction the scale will tip, will it be in favor of a robust, lucrative Amazon Bank or will Amazon priorities its freedom of action and operational, subsidiary revenues over others.