IPO or M&A? How Venture Capital Shapes a Startup’s Future.

Startups are the new burgeoning fashion of the finance world. It is no news that varied startups in the economy have taken the economy by storm.

With many registering high profits,  IPO the startup culture in various economies, in the west and the east have been blooming. With millions of ventures sprouting in the economy, its funding process garners importance and has drawn itself into a heated debate.

The heated debate around the topic is due to the fact that entrepreneurs rarely know who will ultimately own their startups. There are various ways a startup is funded in the economy. A startup that is effectively funded by Venture capitalists, tends to work with the same group of partners.

This usually leads to a faster exit that is sought after by the investors by selling the company to a larger one. In contrast, to the VCs, startups that are emphatically funded by a VC, exit potentially through a splashy IPO is demanded.

It is no news that funds are strategically required to sustain the fledgling business or to ramp up the output. Therefore, a cash injection, from any source, can go a long way in sustaining a business much longer or launching a critical, new product in the market.

However, it has been found through various studies that the founders usually don’t put much thought into what alternate funding mechanisms have to offer. Thus, they effectively fail to recognize the importance of scrutinizing and examining investors’ relationships that might eventually find themselves relinquishing their ventures to a much larger profit-mongering acquirer.

Thus, strategically knowing the details of what actually is at stake with both outcomes is important and imperative.
The main rationale that runs behind the reluctant attitude of the founders not to get to know the alternatives is that many founders are mostly interested in the amount of funding and whether the venture capital is well known or not.

Thus, decisions are made on the basis of popularity and amount of funding, which according to many analysts is a wasteful approach.

According to the study, it has seen found that of the 16 percent of the startups that have been acquired, the main motivator of investment and negotiation of like-mindedness in business to ensure stable returns and not what such kind of investing have to offer both the parties.

Such kinds of relationships in businesses have been termed “focused successes” because they effectively deliver a venture mostly to a well-resourced owner. 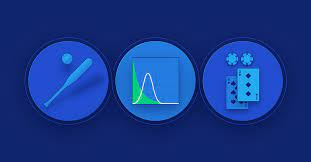 It is to be noted that going for such an approach usually leads to repercussions in the form of pressure that the founders will have to yield to coordinate with the plans of an aligned investor group. in fact, any many cases, it has been witnessed that the founders have to effectively give up control of the startup’s vision.

This can be due to the demand of the investors that lead to founders taking a step back altogether after a larger company takes possession. With such uncanny and unwarranted behaviors, it is usually seen that such businesses fall apart.

On the other hand, one can also effectively argue that venture capitalists who don’t strategically or effectively work closely together tend to actually hold on to startups longer.

Thus, the tradeoff for the founders is emphatically between the infringement of the power in the startup and the investors who might outlive their utility in the venture.

According to the reports, if an investor clings to a startup for a longer time, it is usually four and a half years on average. 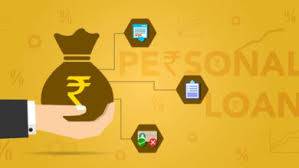 Though one might argue that becoming a publicly-traded company can actually bring about more attention, profits and can effectively retain the original management team, the high risks of failure for such ventures that are backed by such syndicates is a fact that cannot be ignored.

Thus, as aforementioned, though for most entrepreneurs, it might be just about the term sheet or how much equity they can retain from such investing, usually, the structure of the alternatives, which is a kind of hidden variable, has huge implications.

Though the degree of collaboration between two parties gives off mixed signals, there are instances that such investments might actually prove much more beneficial than the repercussions aforementioned. The pool of investors might help the firm pool together resources and provide hefty, important connections within an industry.

This might seem like a promising opportunity that many firms or startups might want to explore. On the other hand, we also witness a more diverse investor group that might be willing to give founders more leeway in decision-making.

Whatever be the case, founders need to understand and interpret the pros and cons of such investment relationships and who they get in bed with. Such decision-making is mainly motivated by their solemn take on their companies and what they aspire for the same, which should be made clear before committing to various popular VC funds.

Though, a quick cash injection might seem enticing, ultimately, the structure of relationships matters, which most probably is overlooked.