RBI’s Next Big Question: How to Normalize Monetary Policy? 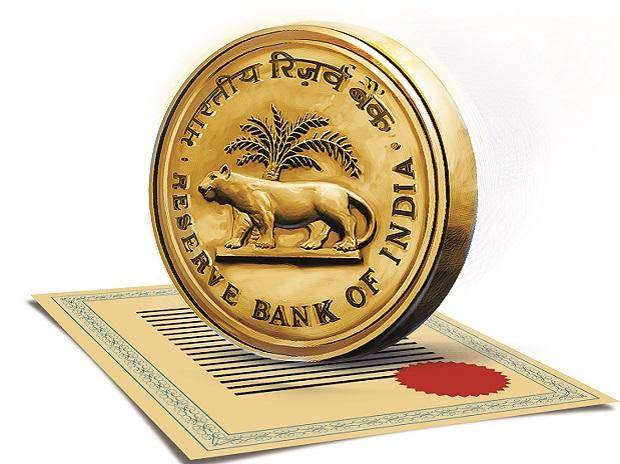 Global growth is fragile and uneven. Winds of change are blowing across the world again amidst the pandemic. While some economies are attempting to rise from their ashes, others remain in a fiscal fathomless abyss of misery and debt. Throughout the pandemic, India’s central bank has been making crucial decisions for the economy—trading off between inflation and growth. Additionally, on the foreign exchange front, Asia’s third-largest economy has been the largest recipient of foreign portfolio money, or ‘hot money emanating from developed nations.

This is due to the accommodative monetary policies adopted by the developed nations like the US, European Union, and Japan which has led to the increased inflow of FDI in India. What made India a preferred choice of investment and stand out amongst its peers was its macroeconomic stability as well as its investment-grade sovereign credit rating.

If the object of India’s Central Bank is to be scrutinized, the monetary policy committee (MPC) throughout the pandemic has kept it straightforward: don’t rock the boat. It is no news that the second wave of the pandemic has increased the uncertainty around the near-term growth outlook. But given the latest economic numbers, India has been seen recuperating from the pandemic as various indexes indicate growth. Moreover, given India’s falling infection rate, it can be maintained that the economy would not have to impose yet another stringent lockdown to curb the virulent nature of the pandemic, and hence the economy will be given some space to breathe.

The monetary policy framework in India has undergone fundamental modifications. RBI, throughout the pandemic, has kept an accommodative stance prioritizing growth over inflation. But after one successful year of maintaining such a stance, RBI now finds itself in troubled waters as headline inflation looks likely with burgeoning WPI and CPI numbers.

Moreover, the public has already been feeling the pinch of increasing fuel prices and has been demanding its inclusion in the GST regime. However, RBI is of the stance that India is facing transitory inflation which will much likely recede in the future. But given that CPI, for the month of June, was above RBI’s comfort range and the supply constraint persists in the economy due to crippled capacity and partial lockdowns, inflation is doomed to rise.

The MPC may choose to give fresh time-based guidance, or one or two additional quarters, to stay accommodative, or shift to state-based guidance but an immediate overhaul to control inflation seems highly unlikely. On the other hand, markets seem to prefer the former choice of an accommodative stance, but given the circumstances, the MPC should opt for the latter to give itself maneuverability over the medium-term for various reasons.

Secondly, the economic impact of the second wave will be limited, owing to less stringent lockdowns and as consumers and businesses have adapted to the new normal. To support this claim, high-frequency data has suggested that while mobility and passenger transport have been hit, the goods sector continued to chug along. In addition to this, growth should also be supported by medium-term tailwinds from ongoing vaccinations, a synchronized global growth recovery, and lagged effects of easier financial conditions. Hence, while sequential growth may weaken during April-June but growth, at the moment, doesn’t seem like a far-fetched idea as it did previously.

Thirdly, risks to underlying inflation are burgeoning. It is to be noted that near-term inflation moderation is largely due to the volatile vegetable component. Whereas higher freight costs and a broad-based rise in commodity prices have squeezed manufacturers’ profit margins and resulted in some of these costs being passed to consumers. Though the recent WPI and CPI data show that the producer’s cost has not yet been transferred to consumers but it is only a matter of time before it does. Initially, services inflation was subdued, but there is early evidence of higher prices in categories like recreation.

Lastly, the external environment could turn malevolent for emerging markets in the future. This will be due to the US’s growth outperformance given its higher growth rate and robust vaccination campaign. Higher US yields or the Fed’s plan to taper off its asset purchases could trigger capital outflows. Given more enticing returns in the US or any other country, capital flight in India could be triggered.

On the other hand, India, a developing economy, shouldn’t use ambitious and privileged tips from developed countries’ playbooks as in developed economies, central banks are willing to tolerate higher inflation.
Given such a strategy, the near-term versus the medium-term monetary policy strategy differs. What is meant by this is that, while policy continuity could be the correct strategy in the near term, the medium-term or long-term growth-inflation tradeoff argues for gradual policy normalization. This calls for an effective measure to assign a higher weight to inflation, relative to growth.

It goes without saying that besides the standard tools, unconventional measures to address market dislocations were introduced by RBI like asset purchase schemes, opening up of a special liquidity window for the mutual fund industry, regulatory forbearance, loan moratoriums and restructuring of debt significantly eased the pain in the financial sector.

With the pandemic-induced damage to the economy relatively unknown coupled with RBI’s multi-pronged response, credit growth is muted due to concerns over lending risks, and the sovereign bond market is again on tenterhooks.

Thus, RBI which currently faces a conundrum to make a sagacious choice for the economy will be interesting to see which strategy it prioritizes, whether it will be its long-term stabilization program, or will it be its near-term growth strategy program. As clear communication as possible on the speed, timing, and sequencing of the normalization could help guide expectations.