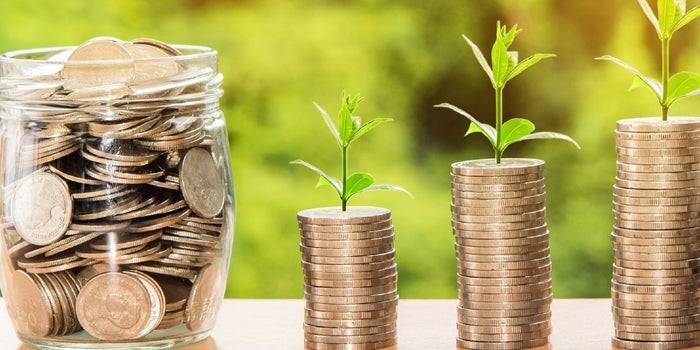 One of the recent announcements that shook D-street was the winding up of 6 debt schemes by Franklin Templeton, one of India’s top 10 mutual fund houses. The move has resulted in about ₹30,000 Crore of investor money being locked up, nowadays better known as Quarantined! The novel Franklin Templeton crisis, as some experts state has resulted in a state of flux being experienced by the mutual fund industry, the repercussions of which could be a systemic crisis for investors around the world. From a domestic standpoint, there are various concerns regarding a possible ripple effect across domestic financial markets.

As in the case of Franklin Templeton, the redemption of investments and purchases were barred by the fund house which is likely to be emulated by other fund houses in light of eroding the value of mutual funds viciously interlinked with the virus-induced liquidity crisis. Realizing the catastrophic consequences of the downturn, ₹50,000 crores was assigned by RBI exclusively to all commercial banks for lending to mutual fund houses.

RBI’s rationale for this move was the containment of a liquidity crunch that may give further shocks to the mutual fund market. The Franklin Templeton fiasco is an indication of the probable extent of its impact on MF Houses and the central bank’s move is a step in the right direction for preserving the financial stability in such unprecedented times.

However, the most taxing question is whether the Franklin Templeton fiasco can strike again, the answer to which is unfortunately affirmative. When the COVID-19 pandemic struck, Franklin Templeton (FT) faced redemptions which, is not an issue if redemptions are matched with inflows. As redemptions rose, FT borrowed funds to meet redemption requests but it kept increasing at an unfathomable pace ultimately shattering the Fund.

Similarly, with mass unemployment and a global liquidity crisis, Mutual Funds are likely to see redemption requests higher than ever before. On the other hand, Mutual Funds may fail to raise money through the sale of investments due to the rising illiquid investment portfolio leading to the FT fiasco.

The repetition of such as fiasco is attributable to several factors. At the outset, the Mutual Fund industry is riddled with systemic flaws. While some believe the problem is external (propelled by the COVID-19 outbreak), it cannot be denied that FT undertook high risks which pushed them off the ledge when the outbreak struck.

Besides, several other Mutual Funds have been trying to swing for the fences with recent news confirming that Mutual Funds have acted like reckless lenders and not as prudent investors, which underscores the systemic flaws of the industry.

Clearly, “investments are subject to market risk” and one must read the offer document carefully to learn what happens to your investment in worst-case scenarios. The menace of misinformation in the market coupled with financial illiterate investors looking to make a quick buck fall prey to a mis-spelling of Mutual Funds. SEBI’s role has been primarily in the form of disclosure-based regulation, which requires listed securities to reveal all associated risks. But these disclosures are dense, full of jargon, and voluminous, which often is beyond the understanding of an average investor.

For seasoned investors, high YTM returns raise a red flag of credit risks lurking in the scheme emphasizing the principle of “Caveat Emptor” (buyer beware). Clearly, buyers should have conducted due diligence before investing, but it is shocking to watch how quickly FT’s schemes have gone down the tube.

What’s worse is FT’s CEO pointing fingers at SEBI rather than implicating the company’s own greed and mismanagement, which was an appalling move. Zeroing in on investors who had parked their money in FT funds, are eagerly waiting for FT to lift the lockdown on their hard-earned money! In addition to this, the lack of accountability of credit rating agencies is appalling.

However, investments are made based on the ratings of assets done by such agencies. Customarily, when Funds blow up, it breaks down investor confidence and goodwill of the industry at large. However, Funds abdicate their responsibility to rating agencies who have no accountability to them. This perverse flaw is indicative that some responsibility must be assigned to rating agencies for ratings, such as FT that blow up without warning.

Presently, it is neither realistic nor desirable for SEBI to micro-monitor transactions. But the heart of the problem can be fixed. The Mutual Fund industry’s income is a percentage of funds it collects, however with a change to the incentive, the problem could be resolved. Adoption of a system that disincentivizes or makes the objective of asset gathering less attractive, and encourages the Mutual Funds fiduciary role as a trustee of other people’s money.

For instance, if fees earned by Mutual Funds were linked to the returns on investment or other outcomes, then it could change the behavior towards one that is investor-centric. The current legislative and policy frameworks and regulatory practices in India are leading to all kinds of circuitous forms of lending through inter-corporate debt, MFs, and multiple layers of intermediation.

Therefore, this is a good time to revisit these legislative and institutional frameworks and reform them. While legislators and regulators attempt to address these issues, retail investors are eagerly awaiting the return of their hard-earned money, as their funds remain quarantined with FT making us wonder if Mutual Funds Sahi Hai?