After Zostel, FHRAI is The Newest Abrasive Hurdle in OYO Rooms IPO. 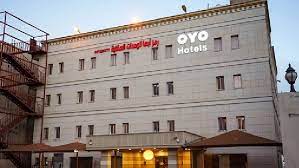 Trouble has been brewing in OYO’s rooms IPO world as, after Zostel, the Federation of Hotel and Restaurant Association of India has effectively and emphatically urged the Securities and Exchange Board of India to suspend the IPOs proposal for Initial public offering.

Given the ripe market for India’s startup culture, with various mind-blowing IPOs being launched, OYO’s path to being a public entity is fraught with difficulties.

But on what grounds are objections being raised against OYO’s ambitious vision of entering the IPO market? In various pleas, it has been adamantly stated, that OYO has not adequately disclosed everything in its draft prospectus.

Such claims against Oravel come on the grounds of unfair practices and how it is effectively resorting to unfair, fraudulent, and anti-competitive practices and dealings.

These include claims that point toward the narrative of entering into anti-competitive agreements by Zostel to capture the market and abuse its dominant position.

To top off all the anti-competitive narrative that has been demonstrated and articulated by the FHRAI, claims over inadequate disclosures of critical court cases and the valuation of the company have been raised too.

According to the reports, it has been claimed that all the valuation that has been disclosed is not sound or feasible.

Given the humungous amount of backing the company wants to raise, amounting to around a whopping Rs 8,430 crore through an IPO, such hurdles do not seem trivial or less maligning.

Such claims by FHRAI do not speak well of OYO’s growth model which is facing resistance in its very first stage of growth.

The seriousness of the claims can be conjured from the fact that the anti-competitive claims made by FHRAI against Oravel are being investigated and scrutinized by the Competition Commission of India. 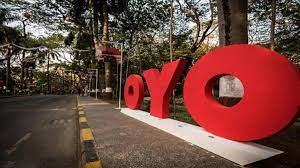 The CCI’s investigation had commenced after a preliminary hearing. According to the reports, the investigation will be directed by the Director-General.

But what do such claims and complaints registered under CCI by FHRAI mean for OYO? It is to be noted that exposure to such a discrepancy can unveil the possibility of a penalty that can be levied effectively by CCI. In fact, CCI also has the power to direct behavioral changes that need to be undertaken.

This can effectively and emphatically have a tumultuous effect on the anti-competitive practices being engaged by Oravel.

Given the aforementioned situation, it would not be an understatement to state that allegations of such levels, with CCI involvement and investigations by the Director-General, can heavily lead to panic amongst investors.

The market is highly speculative that runs on news and environment rather than rationale. Thus, given the recent maligning of the image, it can possibly set a very bad precedent for OYO and help develop a prejudice against the company.

What sets aside OYO’s case more than any other is the fact that to date there has not been a single case where a company that is being investigated by the Director-General of the CCI for anti-competitive practices has been actually permitted to initiate an IPO by the SEBI. For OYO, this can definitely not martialize well.

On top of all the allegations that have been made by the FHRAI, it has also claimed that the company has attempted to avoid a large number of contractual payment obligations.

Such a claim can prove to be the last nail in OYO’s coffin as such contractual payment obligations were to be made towards hotels that are members of the travel body.

In a fiery statement, the FHRAI has even brought Interim Resolution Professional into the picture, where over 113 claimants have registered claims of Rs 160 crore with it. On top of it, OYO again has not disclosed the matter in its filings.

Thus, it can be effectively stated that the cumulative effect of such litigation will not materialize well for the future financial health of Oravel.

Talking about all the corporate discrepancies what about the criminal ones? It might come as a shock to many but the company has been alleged to not disclose the various criminal investigations that are effectively pending against it.

These include its directors and promoters along with its subsidiaries. 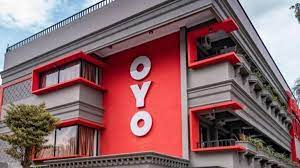 All this comes after Zostel’s efforts to plague OYO rooms IPO dream. It is to be noted that the former rival namely, Zostel, is in a more than five-year-long legal battle with OYO.

Thus the recent happenings have led the IPO festivities to be suspended till the discrepancies have been thoroughly scrutinized and examined. According to the reports, this has been done to effectively protect the interest of all the stakeholders as well as the general public.

As aforementioned, OYO’s path to its realization of the IPO dream was already fraught with Zostel. This is due to the fact that even it had approached the market regulator to halt OYO’s IPO earlier this month.

The grounds of its allegation were based on the company’s capital structure, which it claimed was not final. In addition, filing of the DRHP was effectively illegal, in relation to the litigation between OYO and Zostel.

Thus, will OYO be able to overcome the blatant uncertainty and be able to stand its ground in such adverse situations? Given the revelations and the uncertain circumstances, it will be interesting to watch how the case plays out in the future.