BNPL System – a Boon or Bane For Millennials?

BNPL System – a Boon or Bane?

Credit card and EMI companies are in shackles. All thanks to the recent rise of the BNPL system also known as the Buy Now Pay Later system which is taking the millennials and the young generation by storm.

Gone are the days when people used to pay hefty interest on their borrowing, which was compounded monthly and led to hefty debts. Countering such aversive trends, BNPL has tried to mitigate the woes of working-class professionals with its easy credit policy.

BNPL system on based on the idea of fast credit that is becoming the need of the households given the crippled finances due to the pandemic increased medical expenses, and lower incomes.

To top it all, the festive season too is a major reason for overspending and tremendous use of the BNPL in recent times. 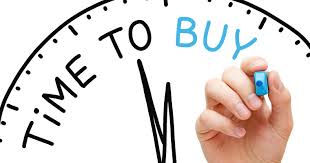 Though one can state that easy credit is the primary reason for the success of the BNPL model, the widespread adaptation of the digital medium around the world for the specific purpose of shopping has also helped BNPL garner much attention around the globe.

Thus, with easy availability through larger internet penetration across the country and easy credit, there has been an immense increase in spending and also a sense of immediate gratification that the BNPL system is offering.

Therefore, with its widespread popularity, one can emphatically state that BNPL has been a tremendous success in recent times.

Having talked about the buyer side, the seller side is experiencing the benefits of the system. This has led various sellers to make the buying process quite seamless for customers by partnering with various financial institutions, thus growing their consumer base at an increasing rate. 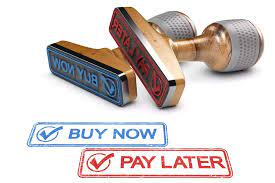 But with no hidden interest rates or fee structure, the model seems to be too good to be true and makes one raise questions like whether the model really is a boon for the millennials or are we missing out on something?

Sure, one can state that BNPL is a revolutionary innovation for the individual who has a stable income and is trying to cover extra expenses.

But what about the millennials, who are increasing users of the system? Turns out, it isn’t much of a viable option for them.

The mere reason for such a statement is that the BNPL system encourages overspending. Given the no interest rate or fee policy, the usage of the BNPL option for finances seems like an enticing option for many millennials, who might be attracted to it even for small purchases.

With numerous small sprees of spending and shopping, there is a larger threat of piling debts than face the millennials.

Another reason that makes the BNPL system all the more enticing for millennials is the limit set by e-commerce entities.

Amazon has set the limit to Rs. 7,500-10,000. Thus, with no limits being imposed by the BNPL system, alternatives like Amazon pay are not opted for.

Similarly, the BNPL services of the e-commerce platform can only be availed when purchasing an on the platform, which is a major deterrent for its users, who opt for BNPL through different companies that encourage overspending.

Thus, given the aforementioned threat and dangerous enticement that the model offers, as the adoption rate grows, so do the risks with it.

The problem that ultimately crops up is that while people are largely aware of how this system works, many are quite unaware of the consequences of late payments.

Thus, no matter how many advantages, one cannot overlook the fact that it emphatically promotes consumer debt through overspending or impulse purchasing.

To add to the narrative, it is to be noted that the interest rates are generally not bound by any consumer credit regulations. Thus, welfare, in the end, can be comprised. 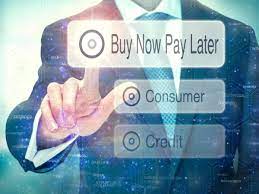 Given that millennials are at the risk of exploitation and huge debt what audience can actually benefit from the scheme of easy credit?

It can be stated that the system makes quite some sense for B2B e commerce platforms that can emphatically and effectively provide enhanced BNPL services to their customers to increase their sales.

On the other hand, Wholesalers too who are trying to procure high-priced merchandise or products in bulk can avail the easy credit policy. Similarly, retailers and businesses that procure products or materials before the sale have a large potential to benefit from the scheme.

But given the aforementioned narrative, it can be maintained that the risk of such services remains quite daunting and real for a certain set of customers like millennials.

With the economy still in the nascent stage of recovery, another debt bubble will not materialize well for the economy in the future.

Though in the dystopian world of debt, one can weasel his or her way out by assuring that they save up enough to pay the price of the product in the future.

It is to be noted that fact that BNPL services are relatively a new reform and haven’t reached a wider audience like credit cards and EMI also cannot be denied.

Even though the millennials may be in frenzy about the new, emerging credit option, one cannot deny the fact that the demand for it is likely to go up in the future.

This will especially be true after its robust performance this festive season.