The Second Wave in Need of a Second Economic Stimulus 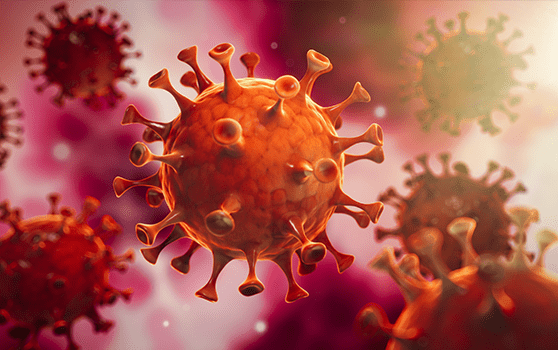 A second wave is creeping back in India and is poised to rage across the country through 2021. This wave constitutes an imminent threat to society, with a potentially immense toll in terms of human lives and catastrophic economic impact, exacerbating the financial woes of millions of Indians. With the peak of the second wave yet to come in the coming months, its impact on all spheres of life across the country could be of varying magnitudes.

In theory, the economy should be the last thing on one’s mind in the wake of such a crisis, however, this health crisis quickly snowballed into a catastrophic economic crisis. It goes without saying that our economic performance is largely dependent on the performance of the health sector and the inoculation programme.

Some experts believe that businesses are better equipped to deal with the economic repercussions of the second wave. When evaluating the long-term impacts on the economy, it is predicted that the impact should be minimised due to government intervention through several steps to check production loss, especially by MSMEs.

Also, companies and consumers have rapidly adjusted to the new normal and the relationship between lower mobility and weak economic activity has been weakening over time, with data ultra-high frequency data for March and early April, released since the renewed lockdowns were announced, corroborating the same.

How did a health crisis translate to an economic crisis? Why did the spread of the coronavirus bring the global economy to its knees? The answer lies in two methods by which coronavirus stifled economic activities. First, the spread of the virus encouraged social distancing which led to the shutdown of financial markets, corporate offices, businesses and events.

Second, the exponential rate at which the virus was spreading, and the heightened uncertainty about how bad the situation could get, led to a flight to safety in consumption and investment among consumers, investors and international trade partners.

Despite fundamental aspects being in order the clutches of the pandemic remain uncharted to a large extent. As a result, many experts believe that the worst is yet to come. Interestingly, the economic decline itself has an adverse effect on health; a reduction in economic activity reduces the circulation of money and, with it, tax revenues.

This then results in a reduction of the finances available for the public-health countermeasures which are needed to control the pandemic. It also hits individuals and families, who may see their income plummet catastrophically and thus may not be able to afford the required healthcare. Depleting financial reserves may also make companies close, with consequences for their owners, employees, and suppliers.

In all obviousness, this setting would have developed very differently in a setting in which there is a workforce with access to free healthcare and income protection than in one in which much employment is casual and people must choose whether to go to work when ill or to starve. The increasingly integrated global economy increases the fragility of this situation.

In order to tide over the second wave, an introduction of additional economic measures is imperative. As a result, such a stimulus must be tailor-made for the most impacted people and businesses. For instance, states with high COVID cases such as Maharashtra, NCR region, Tamil Nadu and Gujarat also account for nearly 45 per cent of employment in MSMEs and 41 per cent of overall MSME credit.

Notably, stringent lockdowns in the aforementioned states have pushed thousands of MSMEs on the brink of a closedown or have already shut down. In view of this, the Tamil Nadu government announced a special incentive package to promote MSME investments. Other pandemic-hit states should also follow suit and announce incentives for MSME investments to build supply chains under the Centre’s PLI scheme.

An adverse impact can be seen on retail loans disbursed by banks and NBFCs, wherein a large number of informal loans are disbursed by shadow financers. Hence, an economic package tailor-made for the needs of vendors and small ticket personal loans can be implemented by state governments in conjunction with RBI and the Centre.

In addition to this, the RBI window of one-time restructuring of MSME advances should be extended until 31 March 2022. It has been found that MSMEs benefited most from the Centre’s sovereign credit guarantee scheme and so a similar scheme should be announced by states to provide the much-needed liquidity shot to MSMEs.

Furthermore, Maharashtra temporarily reduced stamp duty on real estate to push the demand side upward leading to a marginal revival of the sector. A similar scheme can be announced by states which will revive the real estate sector—one of the largest employers of informal jobs.

Measures and relaxations offered by the government can be magnanimous, but their effectiveness will be washed out if the inoculation programme remains sluggish. With international financial crises and recessions; unsustainable inequality in income, wealth and across regions; the climate emergency; and the threat of future pandemics, the need has never been greater for balanced economics and systemic change.

Therefore, a speedy vaccination programme coupled with balanced measures introduced by the government will be the best antidote to revive demand and restore our national treasury.