Resilience & Re-Consolidation; Reality of The Telecom Sector in India 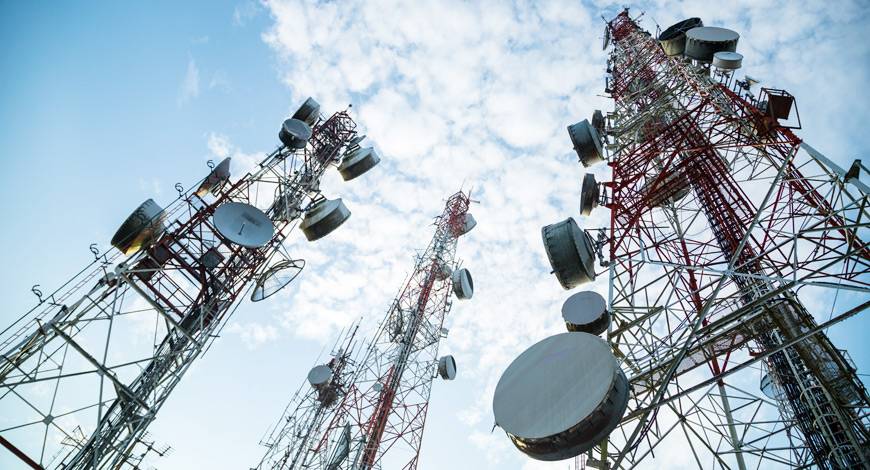 The Reality of The Telecom Sector in India: Re-Consolidation

The telecom companies emerged as a lifeline in keeping the world connected and contributed significantly during the lockdown and social distancing period. While the lockdown brought the economy to a halt, it created demand on account of people working from home, schools going online, home entertainment, and isolated consumers reaching out to friends and family.

Further, telecom facilitated the digital transition of people and businesses at a pace much faster than it would have otherwise. Spooling back to 2016, the aggressive entry of Reliance Jio into the telecommunications market took the telecom sector in India by storm. In order to penetrate the market, Jio adopted disruptive market strategies. It attracted customers by offering unlimited LTE data and national voice, video, and messaging services, including national roaming at a very nominal price.

However, these strategies started a tariff war in the telecom market to acquire customers. Further, the launch of Jio proliferated the market for 4G services and smartphones. It is self-explanatory that the availability of such cheap data leads to an exponential rise in the consumption of online content, habituating people to digital services. In order to combat the competition triggered by Jio, other market players were forced to adjust their tariff strategies.

In the aftermath of Jio’s entry, the telecom operators went into consolidation mode, acquiring spectrum, small players, infrastructure, etc. The most notable consolidation is the merger between the country’s two prominent telecom giants, Vodafone India Ltd. and Idea Cellular Ltd.

Another significant result of this wave of telecom consolidation is the acquisition of Tata group’s wireless phone business by Bharti Airtel Ltd. Thus, by the end of 2018, consolidation in the telecom sector left behind mainly three biggest players- Reliance Jio, Bharti Airtel, and Vodafone-Idea, other than the government-owned BSNL.

Recently, the credit rating agency India Ratings and Research stated that the telecom sector is headed for a second round of consolidation. The telecom industry is no more limited to traditional wireless services. Customers now prefer the operator that can provide more than one service such as broadband services, cable TV services (direct-to-home), enterprise solutions, e- payment wallets/ platforms, music applications, and over-the-top transmission platforms in a bundled form.

Consolidation 2.0 will kick in within the industry, which has the potential to bring change within the trade models of telecom companies, driving the advancement of officeholders from the suppliers of conventional voice-only administrations to total advanced arrangements for households. One of the offshoots of the consolidation in the telecom market is alleviating competition.

From 16 telecom operators, the market has reduced to a mere total of 4 players. The increased concentration in the telecom market will drive a potential loss of competition. An example of the same is the Vodafone-Idea merger that aided Vodafone Idea beat Reliance Jio and Airtel to become India’s largest telecom company with 408 million active subscribers and revenue market share of 32.2 percent. Consequently, a decrease in competition intensity will also reduce the incentives to invest in the market.

Another impact of the consolidation in the telecom sector is the concentration of pricing power. Jio started off by providing free and later ultra-cheap data services to its consumers. This forced other telecom operators to lower their tariff rates as well. Cheap data rates, as well as bundled digital services, have now increased the customers’ dependency on the data services.

However, with the consolidation of the operators, the price of the tariff plans will hike now. In 2019, for the first time in five years, Reliance Jio, Airtel, and Vodafone increased the price of their prepaid plans with the hope to improve the overall financial state of the telecom industry. With the proliferation of the consolidation, will come an increase in the average revenue per user (ARPU), causing a blow to the customer’s pockets.

Even though the consolidation has its own detriments, the tariff revision followed by it is a necessary aid that the Indian telecom sector desperately requires. Ever since the launch of Reliance Jio in 2015, Telecom operators have been struggling with a financial crunch due to the low prices.

However, how long the revision in tariffs will help the operators will depend on the customers’ reaction to the same. Content consumption has incremented the need for data services but customers’ data usage patterns after the hike in tariff prices are yet to be seen. The telecom industry is experiencing a troublesome move from being voice-centric to data-centric and will stay beneath weight within the near term.

In any case, within the long term, upon consolidation, we anticipate it to stabilize, with players undertaking innovative up-gradation with back from the government. Considering the rising utilization of versatile web and a likely expansion of millions of unused web clients over the another five a long time, the industry is balanced for development and speaks to huge potential despite the prevailing pandemic situation.