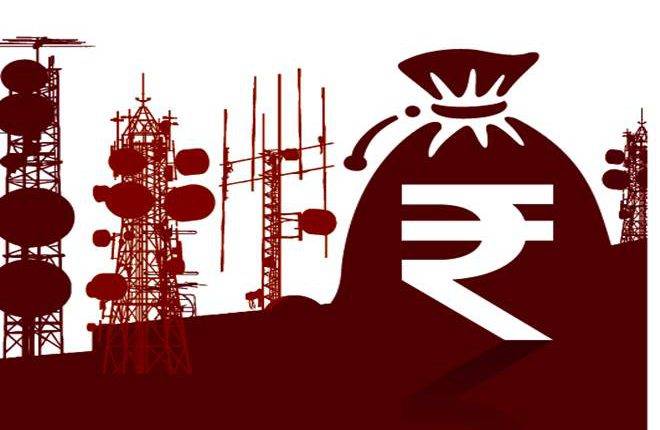 The COVID-19 pandemic has demonstrated the importance that telecommunications infrastructure plays in keeping businesses, societies, and governments, connected and functional. However, telecom companies have been laden in debt in recent years, and their network resiliency has been tested despite challenges posed by the current pandemic, propelling them further into the dark hole of debt.

Amongst the slew of challenges, the telecommunications sector was already grappling with the issue of payment of Adjusted Gross Revenue (AGR) when the pandemic hit the world. Recently, the Supreme Court reserved its order for deciding the deadline for the payment of Adjusted Gross Revenue (“AGR”) related dues of the telecom companies like Idea, Vodafone, and Bharti Airtel payable to the government.

In particular, Vodafone Idea owes a mammoth Rs 58,254 crore out of which it has only been able to pay Rs 6854 crore, while Bharti Airtel is relatively in a better position than the former.

With respect to the issue of the appropriate timeline for the repayment of the AGR dues, the court refuted the suggestions by telecom companies of 15 to 20 years for repayment of their dues, on the grounds that 15-20 years was an unreasonably excessive amount of time considering the fact that telecom players have still been financially stable even during these tumultuous times.

In fact, it is believed that the telecom sector to a large extent has not been adversely affected and has been witnessing profits even during these times due to increased data usage resulting from work from home trends. This is particularly pertinent in the backdrop of the catastrophic financial impact emanating from the COVID-19 pandemic.

However, in consideration of the larger picture, huge repayment amounts and intense competition within the telecom sector can be detrimental to the survival of Vodafone Idea. If telecom companies are required to pay the AGR in full or without any deferment, it is bound to take a severe toll on the telecom’s financial wellbeing.

In the event of inadequate revenues and cash for payment of license fees, telecom companies may be forced to consider increasing debt to meet demand. However, given the current situation, lenders willing to extend financial assistance will be limited and the cost of borrowing may be higher as opposed to the pre-COVID era, creating a vicious cycle.

During these critical financial times, no bank would be ready to grant guarantees or loans for such a magnanimous amount, which essentially increases the plight of Vodafone Idea because of the fact that even to borrow loans from the banks, they would have to pay a significant amount of money upfront which could possibly push them to the brink of exiting the market.

The court’s concern was majorly attributable to the uncertainty associated with granting such an extended period and the possibility that Vodafone Idea might become insolvent in any case.

The rationale of the Supreme Court in relation to profits may be deemed accurate in part; however, there is no denying the fact that ghosts from the past still haunt the telecommunication sector in India, such as massive AGR repayment dues. Therefore, the changing customer preferences of higher data usage may fill up the Vodafone’s bags sooner than otherwise, and enable it to pay back to the government in light of the judgment delivered last year.

However, the overhang of AGR dues is likely to hurt Vodafone’s Idea, pushing it to the brink of insolvency, which may impact the competitiveness of the telecom market and ultimately leave monopolistic prowess in the hands of Reliance-Jio.

Therefore, while the Supreme Court makes a decision on the adequate timeline for the repayment of AGR dues, spectators can only hope that the repercussions of a potential exit by the major market players can be extraordinary, like the present times.

So it is imperative that the competition watchdog and government collectively provide regulatory relaxations to the telecom players within a reasonable time frame to mitigate deleterious consequences on the competitive dynamics of the industry!