Lapse of Stay Orders and Judicial Delays: A Constitutional Conundrum 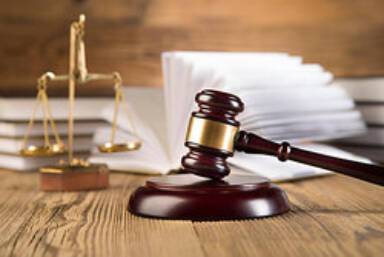 The constitutional predicament of the Supreme Court’s direction in the case of Asian Resurfacing of Road Agency v. Central Bureau of Investigation (“Asian Resurfacing”) assumes significance because of the controversial dictum regarding stay orders. The direction in its essence is that any order that stays civil or criminal proceedings will now lapse every six months unless it is clarified by an exception of a speaking order.

The major grievance is that every order which is passed by the High Courts while exercising its jurisdiction under Article 227 of the Constitution and Section 482 of the Criminal Procedure Code, is virtually annulled with the passage of time.

The decision comes into existence due to the indefinite delays that occur because of stay orders granted by the High Courts, which leads to judicial delays and denies the fundamental right to speedy justice. The Apex Court has observed that proceedings are adjourned sine die i.e. without a future date being fixed or arranged, on account of stay. Even after the stay is vacated, intimation is not received, and proceedings are not taken up.

The concern is that during criminal trials, a stay order delays the efficacy of the Rule of Law and the justice system. The power to grant indefinite stays demands accountability and therefore the trial court should react by fixing a date for the trial to commence immediately after the expiry of the stay. Trial proceedings will, by default, begin after the period of stay is over. In the case where a stay order has been granted on an extension, it must show that the case was of such exceptional nature that continuing the stay was more important than having the trial finalized.

The High Court may exercise powers to issue writs for infractions of all legal rights, and also has the power of superintendence over all “subordinate courts,” a power absent in the Supreme Court as it was never intended to supervise subordinate courts or the High Courts.

In the case of Tirupati Balaji Developers (P) Ltd v. the State of Bihar, the Supreme Court recognized that despite having appellate powers, the current directive ordered by the Supreme Court takes a precarious position since the High Court cannot be limited in its exercise of power by any restrictions placed on it by the Supreme Court unless the Supreme Court interprets a statute or the Constitution and prescribes it as a matter of law, which is not the case in the directions issued for Asian Resurfacing.

There are two perspectives to this: firstly, the directive does not annul “every order” of the High Court merely with the passage of time. It only causes those orders that “stay the trial proceedings of courts below” to lapse with the passage of time, wherein even those orders can be extended as per the High Court’s own discretion on a case-to-case basis.

If this is considered supervisory or unconstitutional, then Appellate Courts will be left with the little prerogative to safeguard the basic rules of fair procedure. Secondly, the directive itself is not applicable to the interim order granted by the Supreme Court as reiterated in the case of Fazalullah Khan v. M. Akbar Contractor.

It is clear that the demand for justice to be disbursed and a trial to be completed in 6 months is a necessity given the incessant judicial delays and indefinite freezes on criminal cases. Staying trial proceedings for 6 months must be made a thing of the past and should not be stayed for 6 months or more, save in exceptional circumstances.

Allowing trial proceedings to have stayed for longer than 6 months encourages parties to abuse the process of law and move to an appellate court merely to stall a trial that has an inevitable conclusion. Legal procedures, the appointment of judges, and judicial vacancies all contribute equally to judicial delay, the rot has spread far and wide creating systemic delays in the entire judicial procedure.

Although courts will be bound to welcome the judgment in letter and spirit, some pressing questions remain unanswered. It is unclear why the Supreme Court provided “directions” to the High Courts now when it has been cautious in issuing such directions in the past? Further, if the primary motive was curbing the judicial delays and ushering in a change in the way the judicial system works, why is the Supreme Court not bound by its own directive?