IBC is The Best Bet For Timely and Effective Resolution 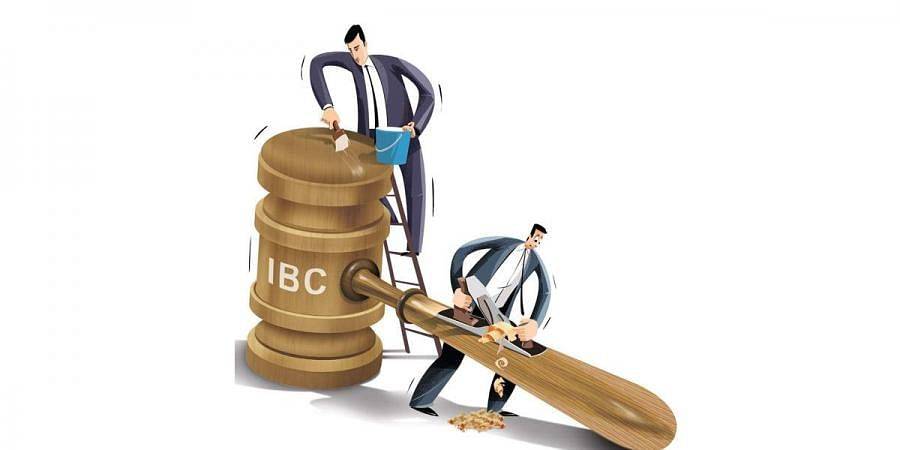 Given the plight of the banking industry in India, IBC is well deservedly called epochal legislation. The legislation has been hailed for bringing a paradigm shift in the manner of resolution of stressed assets and companies. The high rate of recovery, compared to its peers has made it the most influential legislation to mitigate the NPA disaster in India.

However, it is to be noted that every coin has two sides to it. This too has its side of criticism that is not much appealing as its appreciable side. In recent times, the IBC has effectively encountered numerous criticisms.

These have been in relation to high haircuts which emphatically indicates lesser recovery than admitted claims.

These have been especially accrued by the lenders, which has caused substantial loss to companies and recovery of assets. To top it all, the IBC has also been encountering higher liquefication compared to resolution.

Certain critics have come up with claims of lenders, on average, realizing only around 40% of their total admitted claim.

In fact, to add to the unwarranted drama, the IBC has also encountered various criticisms of individual cases having a recovery rate of a mere 20 percent. To state that such claims and criticisms are unwarranted would be an understatement.

This is mainly due to the fact that the claims are being made on the basis of average IBC cases, which effectively is not taking into consideration the high rate of recoveries made in cases that affect this average.

But what poses an obvious threat is that in some cases IBC has seen recovery as low as 6%. Also, to add to the narrative and to corroborate the fact that high liquidation is an issue, around 75% of the companies have faced liquidation effectively.

But one thing that such criticism has shown is that such claims have heavily focused on primary two categories namely, lesser resolution than liquidity and higher haircuts.

Thus, such assertions point towards the fact that IBC has emphatically turned out to be an instrument of losing public money or causing harm to the assets. Broadly, one can argue that IBC has not been able to provide the maximum utility for which it was strategically devised.

But it is to be noted that the recovery rate under IBC has really been appreciable compared to its peers. However, as one can scrutinize, the critics have failed to appreciate the fact. 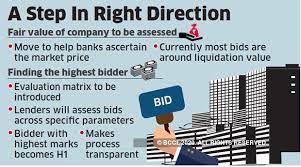 What fact can be conjured as absurd is that to presume that IBC ought to facilitate the realization of all admitted dues of lenders, and to be the panacea of all economic difficulties of an economic unit, without taking into consideration the value of the assets of a company?

In fact, if the aforementioned argument is taken into consideration, IBC’s data shows that it has even realized around 186% of the liquidation value of the assets of the companies.

In fact, if the same report is to be scrutinized, it is released that more than 25% of the companies have actually realized more than twice the liquidation value. Thus, with such re[ports, can one still assert the aforementioned claims? Probably not.

Given the aforementioned arguments, one can definitely not claim that the IBC has gone stale. In fact, in this context, IBC has revolutionized the recovery mechanism for the Indian banking sector so much so that its constitutional validity has been successfully defended by the present government recently before the Supreme Court.

Thus, one can feel optimistic about the recovery rate in the future that will, in all probability, increase further. This will be effective due to the fact that the lenders are now likely to initiate insolvency proceedings against the guarantors of the companies.

To counter the second unwarranted argument of excess liquidation over resolution, it is the need to be emphatically noted here that the companies that were increasingly facing liquidation were actually already defunct at the time of initiation of the insolvency resolution process.

For that matter, given the data that 35% of the companies were actually able to get a new life under law through successful resolution cannot be overlooked. 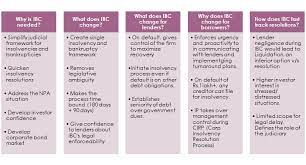 Hence, in totality, it needs to be stated that the banking industry or even the critics for teat matter must not shy away from accepting that the IBC has been a groundbreaking resolution that is ushering the banking sector towards insolvency jurisprudence. This is definitely in line with the global best practices if the statistics are to be realized and scrutinized.