How Sitharaman’s Latest Pursuit to Boost Economy Can Prove Beneficial 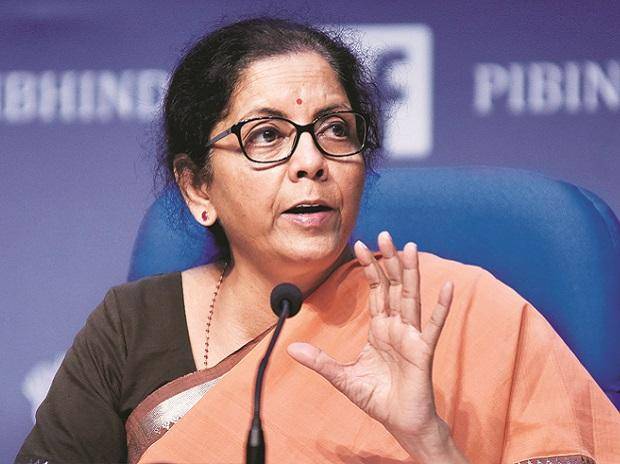 Given the dire state of the Indian economy, hopes and livelihoods of billions have been pinned on the government which is often riled up in providing a conducive environment for people from the lowest to the highest strata of society. Pursuant to the economic data, the Indian economy had turned a corner in the month of June after contracting 12% in the first sector, thus a stimulus package to maintain this trend was much needed.

Various sectors including MSMEs, contact intensive sectors like the beauty sector, aviation sector, and hospitality sector were the worst hit by the pandemic. Therefore, there are high expectations, particularly among these particular sectors, that the government will announce some stimulus package to boost the economy, which has been hit by the second wave of coronavirus.

It is to be noted, that last year too, the government had announced a growth-oriented budget which was to be financed by high scale privatization of PSBs. Given, the rotten state of PSBs anyway, such a move was welcomed. The finance minister Sitharaman had announced the government proposal to take up the privatization of two public sector banks (PSBs) and one general insurance company in the year 2021-22.

Additionally, the government had consolidated 10 public sector banks into four and as a result, the total number of PSBs had come down to 12 from 27 in March 2017. After consolidating its financial base, the government has now shifted its focus largely on extending loan guarantees and concessional credit for pandemic-hit sectors and investments to ramp up healthcare capacities.

It is to be noted that there is a reiteration of some steps that were already announced, as the government has pegged the total financial implications of the package. The retrieved steps include the provision of food grains to the poor till November and higher fertilizer subsidies, at ₹6,28,993 crore.

Thus, it can be rightfully stated that the elements of direct stimulus in the package and its upfront fiscal costs in 2021-22 are likely to be limited. Consequently, more stimulus steps may be needed to shore up the economy through the rest of the year.

Additionally, in an effort to stimulate growth, exports, and employment, the finance minister has announced an expansion of the existing Emergency Credit Line Guarantee Scheme (ECLGS) by Rs. 1.5 lakh crore. She also announced a new Rs. 7,500 crore scheme to guarantee loans up to Rs. 1.25 lakh to small borrowers through micro-finance institutions.

Talking about the budget as a whole, the additional burden on the 2021-22 Budget from the ‘three direct stimulus initiatives that are providing free food grains, incremental health projects’ spending, and rural connectivity, would be about 0.5% of the estimated GDP for 2021-22.

Although, as aforementioned, there will be a limited magnitude of direct stimulus, it would be desirable to follow it up with another dose of stimulus later in the year. In other words, this package is focused on stimulating the sagging credit offtake growth through interest rate concessions for priority sectors. Thus, this will immensely help and benefit a number of MSMEs, small borrowers, and entrepreneurs in contact-intensive sectors.

Talking the healthcare system, to state that the healthcare system in India had failed during the second wave would be an understatement. With record-death coffers being buried around the country during such arduous times, it is only fitting that government makes a conscious effort to ramp up the health care sector of the country. Taking into consideration the need for a robust healthcare sector, the finance minister unveiled a fresh loan guarantee facility of Rs. 1.1 lakh crore for healthcare investments in non-metropolitan areas and sectors such as tourism.

Additionally, Rs. 23,220 crore has been allocated for public health with a focus on pediatric care, which will also be utilized for increasing ICU beds, and oxygen supply and augmenting medical care professionals for the short term by recruiting final year students and interns. This has been a welcomed step as in last year’s budget, healthcare had been grossly ignored. Given the peril announcements of a third wave, such an initiative will help ramp up the prominent sector to tackle a coming third wave.

It is to be noted that the success of the enhanced credit guarantee schemes is worth Rs. 2.6 lakh crore for pandemic-hit sectors will hinge on their offtake. Schemes worth Rs. 2.4 lakh crore is significantly spread over the next two to four years. However, as aforementioned, due to the repetition of measures, some of these had already been announced at the time of the Budget, and a portion of their cost has already been factored in.

Although, given the robust numbers, the total impact amount seems large at nearly Rs. 6.29 lakh crore, it is to be noted that a large portion of this is by way of credit guarantee schemes where there is no immediate outflow. Thus, the impact on the fiscal deficit will be limited while the stock markets could give a mild positive reaction.

As aforementioned, the MSME and the travel sector were the worst affected. Further, the woes of these sectors were exacerbated by the imposition of the second lockdown. Given that consumer confidence is at an all-time low, demand will remain subdued.

Thus measure to sustain such MSMEs have been introduced. The balance of Rs. 60,000 crore will be earmarked for the sectors, including a plan to support over 11,000 registered tourist guides and travel agencies so they can survive the second wave’s adverse effects.

Production, according to reports was the worst hit by the second lockdown. Thus, large electronics manufacturers under the Production-Linked Incentive scheme have been granted an additional year to meet their production targets. This is due to the fact that many of them had struggled to sustain or scale up operations due to restrictions and lockdowns to curb the second COVID-19 wave.

In addition to subdued demand, confidence has taken a hit due to the inevitable third wave. Thus, this emphatically justifies the government stimulus package that was much needed in the economy. The Budget coupled with economic stimulus laid the foundation for a sustainable recovery in GDP growth and welfare improvement thereby continuing the course of reform, despite extreme provocation. It goes without saying that history will record India’s boldness, and benefit from the vision at large.