Global Minimum Tax: A Blessing or a Curse? 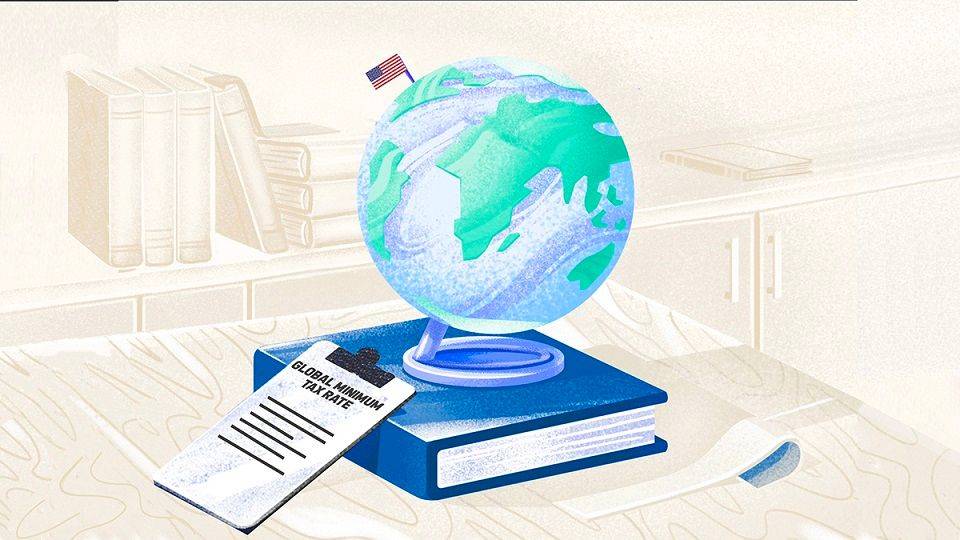 The global Tax system has been a hot topic for the countries for years, so much so, that the group of Seven nations, namely, France, Italy, Canada, Germany, Japan, the United Kingdom, and the United States, effectively agreed on 2021 to promote a new global tax regime.

It is to be noted that the newer global tax regime would help solve the twin goals of the tax scheme. Firstly, to effectively make large transnational corporations and companies pay more tax while operating in tax havens or where they conduct their economic activities, and secondly to severely mitigate the attractiveness of tax havens for the multinational companies in pursuit to escape paying taxes.

The need for such a tax regime to mitigate the attractiveness of the tax havens is due to the fact that transnationals effectively often try to establish their tax homes in countries with low corporate income tax rates, in order to escape the high tax regimes in their own countries.

Thus, the proposed tax regime will help in transferring transnational companies’ profits from their home countries to the countries in which they make sales.

Additionally, it is to be noted that the newer tax regime will emphatically help set a global minimum tax rate of 15% for companies and multinationals all around the world. 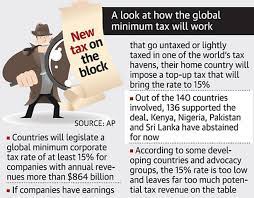 It is worth noting here that the newer global tax regime is being pushed forward by wealthy economies that have systematically agreed to the global minimum tax proposal. These include the G7 and G20 members that are particularly wary of seeing profits made within their borders going untaxed or escaping the grasp of western tax systems.

To talk about the monetary loss that is accruing to western countries due to operations of multinationals through safe havens stands at a whopping $500 billion, which is effectively lost in revenue each year. This corroborates the fact that the western economies are quite inclined toward restoring their lost profits over the decades.

This gives rise to a pertinent question is the problem of a non-existential global tax system only limited to monetary losses for the counties? Perhaps, there is more to the story than what meets the eye.

It is to be noted that of the annual revenue that is lost to tax havens, around $200 billion is lost by less-developed countries as well.

Developing countries: a boon or curse?

Given the fact that even underdeveloped countries have much to lose, will these countries join the race to mitigate such discrepancies? Not quite amicably.

This is due to the fact that various tax havens like the Cayman Islands would continue to offer enough incentives and exemptions to effectively and emphatically retain investments in its economy, which are needed to drive its economic growth.

Thus, such practices will be prevalent even if the government will adhere to an international minimum rate. Thus, this will significantly lead to the reduced effect of a minimum tax regime being crafted by the wealthier countries.

But given the incentive of the less developed countries do not to adhere to the global minimum tax, the more important question that arises is whether joining the race makes any sense for less-developed countries?

Though, according to the reports, there is effectively no guarantee that a global minimum rate of 15% would anyway shift investments from current tax havens to less-developed countries. Thus, the developed county’s proposal may partially bear fruits.

Though, the developing economies cannot be chastised or criticized for not adhering to the regime as they face enormous pressures to attract foreign capital for growth. Thus, they effectively cannot be faulted for this desire.

Though, it is to be noted that though finance might seem like the most viable and tantalizing option to grow, more effectively basic infrastructure, sound fiscal policies, and conditions, stable government, etc. play a larger role.

Thus, if the larger implication of the global minimum tax policy is to be scrutinized, it can be stated that it will at least contribute to the process of elimination of the temptation for other less-developed countries to systematically join the race to the bottom. In fact, according to the reports, we might even encounter beneficial changes in policies in the current tax havens.

Thus, given the aforementioned arguments, one can effectively argue that the minimum tax regime will bore well for the developed countries in order to attain its lost revenues but for the developing economies, the answer remains more complicated.

With the tantalizing benefits of investments in the economy that are presented to the developing countries, it is quite arduous to make a stance about the feasibility of the global minimum tax regime. With much more to lose, in terms of infrastructure, revenues, labor utility, etc. one can argue that the case for the developing countries is quite delicate and complex.

Thus, in totality, it can be maintained that the minimum tax regime has immense advantages for some well not much for others. Thus, it is a boon for the developed countries but for undeveloped countries, it is too soon to tell.