Changing Crypto Landscape Across The World 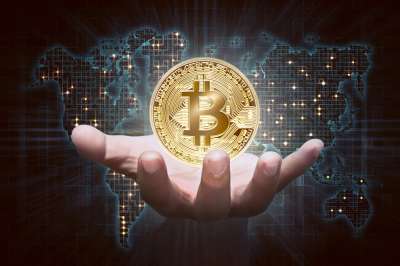 Crypto landscape: When the idea of cryptocurrency had descended on the world, it was quite clear that it was not the favorite innovation of the government or regulatory authorities. This has various reasons, much of which include cryptocurrency’s detestable attributes that make it less appealing to the regulatory authorities. But given, given how the contentious digital asset has taken over the world’s investors right now, it can be rightly stated that regulators cannot afford to miss the cryptocurrency bus.

If it is scrutinized, it can be known that the most valuable digital currencies today are unconventional Ether, Bitcoin, Ripple, etc., the craze for which will not go away anytime soon.

But the possibility of its endangerment isn’t nil, this is due to the fact that the world can see the emphatic rise of government-backed digital currencies. These can definitely over-weight or outrun today’s heavyweights called cryptocurrency as it will have the government’s backing.

Though, it would be quite contradictory to state that something that will be closely regulated by the authorities should be enticing for the investors. But here it is to be noted that government backing provides assurance and feasibility of investments that unregulated markets can never offer. Moreover, cautious investors love stability, short-term profits are enticing but can never outdo the long-term stability that the government regulation will provide.

Such government efforts have been evident in various nations like China and India. India is all set to release its amendment to the crypto law. Though at the moment, it is quite unclear whether the government’s stance will be liberating or authoritative for the investors, there are reportedly high chances of adoption of an accommodative stance by the authorities. On the other hand, China, which currently has unveiled its highly crippling wealth distribution plan has also developed a robust framework called the Digital Currency Electronic Payment.

This significant payment system will emphatically allow its central bank to effectively issue a digital currency to other commercial banks in the economy. This payment system will also involve third-party payments networks like China’s payment giants like WeChat Pay and Alipay.

Given the regulatory framework that is all set to be launched, it can be stated that China can start using its centrally regulating digital currency in the next 2-3 months.

But how will China’s altered stance change the tune of other countries around the world? It is to be noted that China has come a long way from its detestable, antagonistic relationship with the digital currency to finally embracing it under its authoritative regime. It is worthy of mentioning here that if the country significantly succeeds in its Lucrative and crucial initiative, then other countries will definitely follow suit.

This will lead various other nations to launch their own state-backed digital currencies. However, if such measures will be adopted by various other countries, this will lead to a significant paradigm shift in the cryptocurrency landscape from being unregulated to being thoroughly regulated. Thus this will emphatically contradict with non-controlled nature of the cryptocurrencies that we witness today.

But this gives rise to a pertinent question why will profit-mongering investors embrace the regulated crypto? As a matter of fact, cryptocurrency is so enticing for investors due to its unregulated and clandestine attribute that facilitates incurring high profits and carrying out clandestine affairs of money laundering.

It is to be noted that it wouldn’t be an easy feat for the central bank that will have to blend the regulatory and liberal techniques to entice more investors to the crypto market. Excessive revenue collection on gains will definitely be a canker for the deal. As a matter of fact, easy and mild monitoring will lead a long way.

It is to be noted that China is solely not the country that has been emphatically working on issuing digital currencies but Switzerland too is planning on rolling out the same framework. According to the reports, the Swiss National Bank of Switzerland is effectively working with the country’s stock exchange to significantly and effectively scrutinize and examine the high possible use of such currencies in various kinds of trading in a safe manner.

Thus, it can be stated that no matter what controversy surrounds the crypto, it only adds to its popularity. This emphatically points toward the fact that the crypto landscape is changing around the world. The paradigm shift can definitely lead to a rise in the regulated state-backed cryptocurrency and the fall of the conventional cryptocurrency we see today. This will help bring a radical change in the valued acceptance or burgeoning popularity of major cryptocurrencies in the following years.

Thus, one can emphatically maintain that while many countries around the world are thinking of introducing crypto-based transactions, several states like the UK and Turkey are planning on banning them for good, as discrepancies plague the road to its acceptance. However, lastly, it should be remembered that the regulatory landscape will definitely change the game for this sector.