Vodafone vs. India: The Many Twists and Turns That Lie Ahead 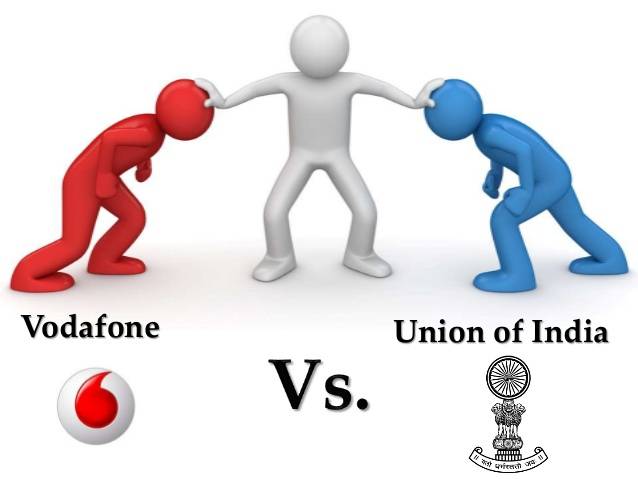 Vodafone vs. India: The Many Twists and Turns

The legal tussle between the telecom giant, Vodafone, and India Inc. tied at deuce with Vodafone’s recent win in a tax liability case at The Hague.

A unanimous decision of the Permanent Court of Arbitration at The Hague ruled in favor of Vodafone on the grounds that India’s retrospective demand of Rs. 22,100 Cr. as capital gains and withholding tax imposed on Vodafone violated the “fair and equitable treatment” guaranteed under the investment protection pact between India and the Netherlands i.e. the Netherlands-India Bilateral Investment Treaty (BIT).

While the tax dispute involving Rs. 12,000 crores in interest and Rs. 7,900 crores in penalties started with Vodafone’s acquisition of Indian mobile assets from Hutchison Whampoa in 2007 where-after the Indian government insisted on payment of taxes on the $11 billion acquisition, while Vodafone disputed against it before the Bombay High Court, which ruled in favor of the Department of Income Tax.

Subsequently rejected by the Supreme Court, which held that Vodafone was not required to pay any taxes and demanded Income Tax Department refund Rs. 833 crores in taxes to Vodafone Idea.

However, the convoluted tussle took another turn in 2012. To prevent abuse and plug the loophole of such indirect transfer of Indian assets, the government in 2012 amended the law thus empowering the Income Tax Department to retrospectively tax such deals, as a result of which the onus of paying the taxes fell back on Vodafone which the firm contested through international arbitration.

Thus, the recent setback at The Hague leaves India Inc. with one most obvious option i.e. challenging the award under Section 34 of the Arbitration and Conciliation Act, 1996 which provides for limited grounds to challenge an arbitral award.

A party to a dispute, if dissatisfied, has the right to challenge the award and in light of the persuasive effect, it is likely to have on other treaty arbitrations that concern retrospective tax measures, such challenge is justified. The government should consider damage mitigation strategies after losing against Vodafone in the backdrop of similar, but separate lawsuits such as the Cairn Energy tax dispute.

Furthermore, the Indian Arbitration Act obliges the government to implement a foreign tribunal award, Vodafone can ask for the same in case the award is challenged in Indian courts.

However, in the present scenario, since all the property, both tangible and non-tangible of Vodafone, lies outside India it will be difficult for the government to successfully challenge it in Indian Courts due to jurisdictional issues.

Alternatively, India Inc. may choose to gulp in the award passed in favor of Vodafone and do nothing. However, still, waters on the legal front may have a ripple effect among investors.

At the outset, the legal wrangle may appear to have no additional negative impact on investor sentiment as they recognize those challenge proceedings are part of the norm, appealing against an international arbitration award may disincentivize investors in the long term.

The reason is, that a change of legislation against the spirit of the Supreme Court judgment on the subject by resorting to retrospective legislation, certainly creates an unpredictable and unstable business environment.

From an international investor’s perspective, investment in countries leading to change in legislation when companies get entangled in legal tussles with governments for non-compliance with international orders jeopardizes investor interests and hurls them into an abyss of losses.

Besides discouraging investors, it creates interruptions in the ease of doing business in such countries and thus disincentivizes them to make any investments or indulge in any form of funding. Vodafone’s victory at The Hague may accord partial relief in the backdrop of its mounting AGR dues owed to India Inc.

However, it is likely to have implications on other international arbitration cases over retrospective tax claims and the cancellation of contracts. If other companies like Cairn Energy and a dozen others were to follow suit, the Government of India could end up paying to burn a hole in its treasury for damages if it loses.

It is debatable whether the fault lies in the tax laws and the amendments made thereof, however, the after-effects will have to be borne by the entire economy regardless.