Scrapping of The IP Appellate Board 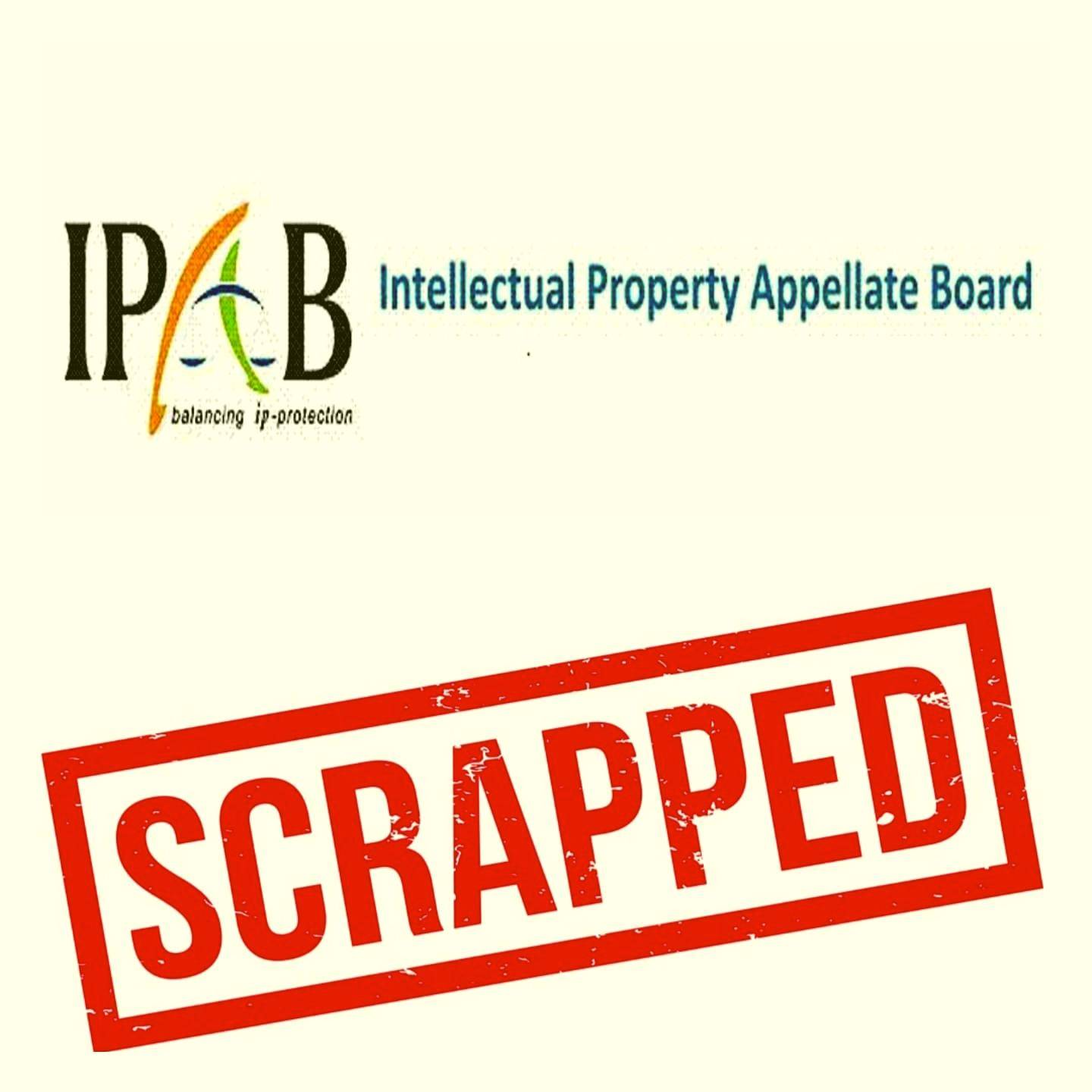 Tribunals, at least in theory, are known to provide technical expertise, ease of the procedure, and speedy disposal of cases. Moreover, Tribunals are supposed to alleviate the burden on the Indian judiciary and expedite justice. However, these objectives seem easier to conceive in theory than in practice.

The Intellectual Property Appellate Board (IPAB) was established in 2003 under the Trade Marks Act, 1999 with the intention of speedy disposal of cases in alignment with the above objectives. To affect this intent, it also established a timeline of 3 months to file an appeal, with the duration starting from the date the order was passed by the Registrar of Trade Marks.

However, contrary to the intent behind its establishment, a significant delay persisted in the adjudication of such disputes with an estimated backlog of 2,626 trademark cases, 617 patent cases, 691 copyright cases, and 1 geographical indication case, as last seen on April 2020.

In one case, Novartis v. Controller General of Patents, the delay in adjudicating matters related to Patents was as much as 5 years. There has been a considerable lag in the appointment of a chairperson as well, a responsibility vested with the Government. In fact, in its entire existence, a total of 1,130 days the tribunal has been forced to function without a Chairperson.

In view of the existing plight, the Central Government abolished the Intellectual Property Appellate Board (IPAB) through an Ordinance that aims to eradicate tribunals set up under a plethora of subsisting legislation such as the Copyright Act 1957, the Customs Act 1962, and the Patents Act 1970, to name a few. The most instant consequence that would be observed of such scrapping, would be seen in the public exchequer due to the reduced costs spent on infrastructure.

When seen from the point of view of the litigants, the same would result in the reduction of legal costs, since IPAB functioned as a step of the hierarchy, pursuant to which its orders could be challenged in the High Courts through Writ Petitions. However, there is no denying that matters of intellectual property are complex and expertise-oriented and take much more time than normal other civil or criminal matters.

Thus, abolishing a series of tribunals under the Ordinance would invariably defeat the purpose of expeditious disposal of cases in the interest of justice. Another by-product of delayed proceedings is higher litigation costs to be incurred by litigants.

The abolishment of IP Tribunals, at a time when India’s data protection regime is at a nascent stage while technological innovations are sky-rocketing, could spell disaster in these pandemic times. Among other industries, the pharmaceutical industry is likely to bear the brunt of such abolishment, especially in times where each second, each milliliter of vaccine could save an additional life.

Therefore, it appears that blanket abolition of diverse tribunals smacks of arbitrariness and blatant absence of application of mind.

What’s next? Experts suggest an IP bench in the High Courts. However, it remains no hidden fact that the stounding level of pressure the High Courts face due to the backlog of many pending cases, and such a shift without requisite guidelines to fast track these matters, seems like a shaky foundation to begin on.

Further, due to the transfer of power, while it is certain that there may be differences in opinions on various IP issues, it is only hoped that the same does not create furthermore confusion and administrative issues.

However, since ‘technical expertise’ had been the foundation and intent behind establishing the IPAB, how the High Courts deal with such matters involving such precise technical expertise still remains in the dark.

Thus in view of the above changes, the onus will be transferred to the shoulders of the High Court to outperform the IPAB’s “marvelous record” of reversing unreasonable decisions and provide justice to litigants in infringement suits, patent claims, and other IP disputes which are likely to gain further traction with the rise in IP-conscious companies.