Impact of The Judgment on Land Acquisition Proceedings in India 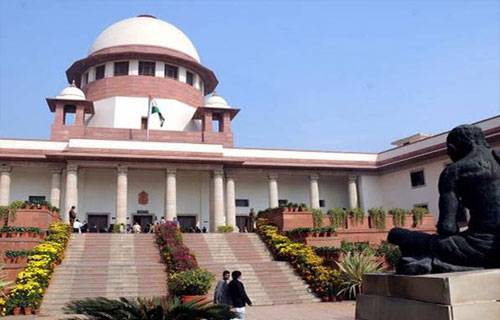 Impact of The Judgment on Land Acquisition in India

It is widely perceived that the Indian state holds the right of “eminent domain,” which refers to the sovereign’s capacity to acquire private immovable property for public use, provided that the nature of the public purpose can be established beyond a reasonable doubt, and that the owner of such property receives fair and equitable compensation.

The most essential component of land acquisition jurisprudence in India is the payment of fair compensation to the landowners in exchange for the state’s expropriation of their land for public use.

In its March 6, 2020, verdict in the Indore Development Authority v Manoharlal & Ors., a five-judge constitution bench of the Apex Court decided that land acquisition proceedings would not expire if the state has unconditionally provided appropriate compensation.

The bench also clarified that if a person was offered compensation but refused to accept it, he cannot claim lapse of acquisition due to non-performance of payment or non-deposit of compensation.

Furthermore, once the state makes an award and publishes a memorandum, the landowner loses title to the property, and Section 24(2) of the new land acquisition legislation prohibits landowners from reopening settled cases, reviving time-barred claims, or challenging the legitimacy of ended processes.

The Court stated – “Overruling all precedents and resolving the ambiguity relating to the interpretation of Section 24(2) of the New LA Act, the bench held that the word ‘or’ used in Section 24(2), should be read as ‘nor’ or as ‘and’. Since Section 24(2) prescribes two negative conditions, even if one condition is satisfied, there is no lapse in acquisition proceedings.

The bench responded by saying that under S. 24(2), the phrase “paid” does not include a court-ordered reparation deposit. If a person has been granted compensation under the Old LA Act, he cannot claim that the acquisition has lapsed owing to non-payment or non-deposit of compensation in court under Section 24(2).

The bench went on to say that if the state has issued the compensation under the Old LA Act, it has fulfilled its duty to pay.

Thereby, it was held that S. 24(2) of the New Act does not allow landholders to reopen settled cases, revive time-barred claims, or challenge the legality of concluded proceedings. S. 24(2) applies only to pending proceedings where the award was made at least five years prior to the effective date of the 2013 Act.

Impact of the judgment on land acquisition

The Supreme Court’s ruling is anticipated to pave the way for the prompt settlement of issues arising out of current purchase processes under the Old LA Act.

One may fairly anticipate this to open the way for fast physical and associated infrastructure development operations in the post-COVID-19 period, which had previously been blocked or put on hold owing to a variety of litigations concerning outstanding acquisition actions.

More land parcels would be liberated from the clutches of long-standing litigation and given access to the purchasing state or authority for use in significant infrastructure development and construction operations, which would definitely enhance the government’s endeavors to fulfill its goals under the “Housing for All by 2022” program and hasten urban growth.