How Indian Authorities, Yet Again, Failed to Make a Difference in Its NPA Crisis Approach 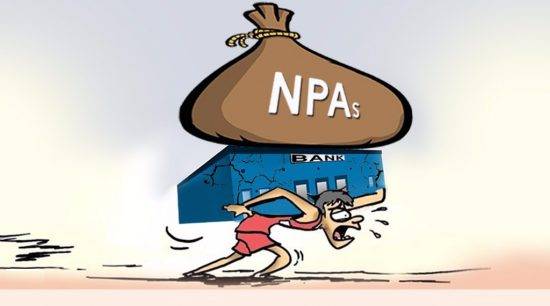 Indian Authorities Failed to Make a Difference in NPA Crisis

The second wave of the COVID-19 pandemic ushered in an era of disintegrating companies, arduous acquisition battles, and heated arguments in courtrooms. While most companies struggled to stay afloat, those with deep pockets jumped onto the acquisition and organic growth bandwagon.

A giant that swore by this mindset was the Piramal Group whose resolution plan for Rs 37,250 for debt-ridden Dewan Housing Finance Limited (DHFL) received a conditional nod from the Nation Company Law Tribunal (NCLT), which subsequently received pompous and overwhelming approval from 94% creditors.

Despite being one of India’s largest mortgage lenders, DHFL’s tainted history of unwise financial handlings led to it being the first financial services company to be notified for insolvency resolution under Section 227 of the Insolvency and Bankruptcy Code, 2016 by the Reserve Bank of India.

The case itself poses an exception, as the corporate insolvency resolution process under the Insolvency and Bankruptcy Code by the Reserve Bank of India is not applicable to financial service providers or banks. Therefore, the government’s action regarding the insolvency proceedings of financial service providers to enable the insolvency process of DHFL, which had defaulted on payment obligations, comes across as an exception to the Code.

The NPA crisis in India is an archaic evil eating into the mighty edifice of India’s banking sector. However, the government’s sheepishly reluctant attitude to deal with the burgeoning crisis is indeed one of the factors that have led to the digging of the grave of the mighty financial sector of India. Statistically, India’s bad debts amount to 11% of the total lending, whereas corporate bad debts constitute 56% of the total bad debts of nationalized banks.

With another financial unit succumbing to the NPA crisis owing to governance concerns and payment defaults, India’s financial monitoring framework is ripe for reform and to nurse its post-pandemic financial system to health. The official perspective seems to maintain that the government looked after the vulnerable small and midsize firms during the pandemic.

This, according to the official authorities, has been done by guaranteeing fresh bank loans and mortgages under RBI. Consequently, this belligerent view has been supported by the low take-up rate for the RBI’s one-time restructuring offer. Given low consumer confidence and crippled economic growth due to partial lockdowns, the NPA crisis is doomed to materialize sooner or later.

According to the authorities, the NPA crisis can be dealt with later but what exactly is the question? Given, the DHFL’s insolvency, the financial system is doomed to fail given its failure to combat the NPA crisis.

Papering over an economy-wide solvency problem by flooding the financial system with high liquidity is not only risky but also fatal for financial stability. It is to be noted, that the same strategy of incessant capitalization of the financial sector by the Indian authorities has time and again proved to be a concocted measure in vain, as NPAs of the financial sectors have never plummeted in recent history.

Even if they have, it is due to the practice of writing off loans from the accounting books in order to clean the financial records of the organization. But it is also something that the monetary authorities want to continue indefinitely which does little to help the bankrupt organizations. Alternatives, however, in the case of India are scarce.

This is due to the fact that India doesn’t have good tools to deal with insolvency. The 2016 bankruptcy law, had been reeling under the pressure even before the pandemic had struck. Liquidation, the outcome in most bankruptcy cases, has led to creditors recovering only 15%. This gross inefficiency can be scrutinized when compared with the global average of 80%.

Given all the detestable conditionalities against the government’s liquidity approach, the government extended the same regime to failing shadow banks. Dewan Housing Finance Corp., as aforementioned, is a mortgage lender whose controlling shareholders are currently in judicial custody on charges of accounting fraud and misappropriation of funds.

Talking about the archaic process adopted by the Indian authorities to settle DHFL, has left the suitors groaning about how shabbily the process was being run. With how the acrimonious contest shaped up, it’s certain that when the buyers control the reins, it will have to go through a lengthy legal challenge and will turn out expensive for creditors.

Clearly, due to all the aforementioned reasons, the task at hand is much more than filling the hole left by the $2.5 billion alleged fraud by Dewan’s former owners. With the government’s pro spending budget and increase in expenditure due to the vaccination campaign, bankruptcy in the financial sector is likely to wreak havoc on the monetary and political goals of the Indian authorities with the DHFL precedent.