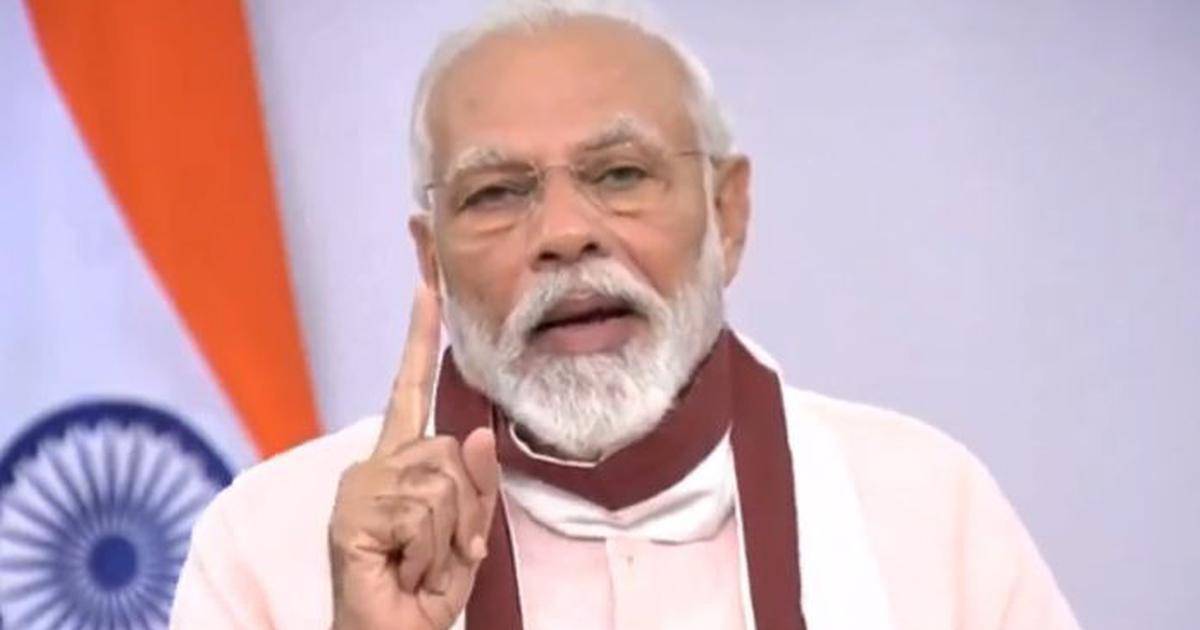 The Finance Minister made the fine print of Prime Minister Narendra Modi’s Atmanirbhar Bharat Abhiyan economic package, India’s economic response to the Covid-19 pandemic by the announced in her 5 days of economic stimulus press conferences. The package of Rs 20 lakh crore has been divided between measures that the government is taking now and the measures that it has taken earlier.

The overall package consists of three primary components – a set of measures taken by the government before Modi’s speech on May 12, the Reserve Bank of India’s liquidity measures over the last two months and the five tranches announced by Nirmala Sitharaman.

The government’s Rs 20 lakh crore economic support package, intended to help the economy tide over the Covid-19 crisis, will involve a very small amount of direct government spending. It is estimated that the actual fiscal impact on the budget could reach the bottom based on the calculations and assumptions made during the series of announcements.

The package may fall short of mitigating the near-term challenges for some businesses, but it is better designed to improve India’s medium-term growth potential.

Even though the announcements made are worth over Rs 20 lakh crore, the actual cash outlay by the government this year and the impact on the fiscal deficit will be far less. This is because many of the government’s proposals are credit-focused or are aimed at easing liquidity concerns for many affected sectors.

Any costs incurred will be initially covered through banks or other financial institutions and thus not result in actual cash outgo by the Centre. A part of the initiatives announced may only be ramped up over an unknown period of time and therefore may not be fully relevant for the fiscal deficit this year.

Further, it is difficult to hone in on an exact figure as much of it shall depend upon the Centre’s pace of implementation of certain programmes.

For improved ease of doing business among MSMEs, the minister extended the initiation period of fresh insolvency proceedings against MSMEs by six months to up to one year along with excluding Covid-19 related debt from the ‘default’ category under the IBC Code.

There has been no mention of any direct transfer from the economic package. Thus, people like the migrants, domestic workers, and street vendors do not find much to look up to who are in dire need of cash for livelihood and sustenance. The scheme aims at providing empowerment but not entitlement.

The ease of getting loans will be much more effective in an economy where a significant number of people are already finding it difficult to sustain the month on the income received. The announcement made by the Finance Minister has gone through a fair round of criticism by various economists and financial experts, some of the most important points on which the stimulus package falls short include,

Firstly, it is considered to be less of a stimulus and more of industrial reforms, which could have been announced at any time let alone being announced in times of crisis.

Secondly, it has been also observed that the only direct budgetary cost in this tranche was Rs. 8,100 crores to be provided as a raised 30% viability gap funding to boost private investment in social sector infrastructure.

Thirdly, the package may fall short of mitigating the near-term challenges for some businesses, but it is better designed to improve India’s medium-term growth potential

Finally, the fourth and fifth tranches covered sectors of strategic importance but these policies will be rolled out over a 3-6 month period, and any implication for supporting or reviving the economy as it comes out of lockdown is missing.

The relief package is a bold attempt to help the world’s one of the largest economies as it strives towards its first full-year contraction in four decades. While the package contains a suite of offerings targeted at different sections of the economy including the MSMEs.

Any subsequent announcements should include labour reforms and contain a clear focus on addressing the immediate need for cash for the MSME sector to meet its short-term working capital requirements, preserve the entrepreneurial spirit and boost capital formation and consumption. The figure might should up a large amount of package, but the core is hollow.