Corporate Social Responsibility: Capitalization has been a contentious topic for decades. Wit5h various civilizations tilting towards the socialistic regime, the corporate world’s faster growth has been hard to miss.

With the mixed economy shenanigans and advantages, harmony between the public and the private sector is needed.

With various high profits that accrue to the capitalistic economies, condemnations in the form of wage discrepancies and violations, corporations have to commit themselves to not sever the neutrality line between the socialists and themselves.

With the need to maintain harmony, the adoption of Corporate Social Responsibility becomes a pressing need for corporations. 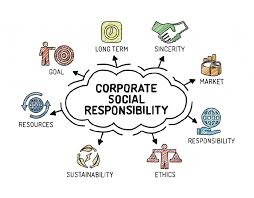 Well, the need for corporate social responsibility comes from the fact that society essentially is of the opinion that it emphatically funds or contributes to the businesses of corporations in one way or the other.

This provides impetus to the growth of most businesses. Thus, given the pertinent argument, corporations that in some way or the other benefit from the society should effectively recognize and realize such contribution through their share.

Thus, it can be maintained that CSR strategically nurtures a businesses’ sense of responsibility towards society.
Although around the world the activity of CSR is voluntary, India is one of the first few nations that legalized mandate CSR in the year 2014.

CSR is all wonderful for society and the world, but do the corporations, whose sole motive is profits, find any utility in conducting such activity? As a matter of fact, there are various advantages for the well-established corporations that carry out their social responsibilities.

One of the advantages that the company enjoys when it fully discharges its responsibility is a good reputation amongst the citizens and are normally considered and regarded as virtuous corporates amongst citizens.

It is no news, that in India, moral policing plays a huge role in determining the popularity and the fate of anything and everything. Thus, conducting social responsibility adds brownie points for the corporations working in India. 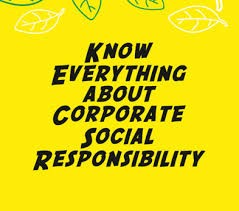 Other than enjoying popularity amongst the masses, the corporations also can use the opportunity to make positive contributions toward cultural, social, economic, and environmental issues that are increasingly prevalent in society.

As a matter of fact, it cannot most certainly be denied that healthy corporate employee relationship leads to increased efficiency in the organization. Indulging in CSR activities presents an opportunity for corporations to strengthen their bond with their employees.

But the key growth factor that does not lend the property or reluctance to the law is change. Though CSR was effectively mandated under the law by bringing amendments to the Companies Act of 2013, the provisions strategically regulating CSR activities of companies have been evolving with time.

What makes the act for the company less of a liability is the fact that the amendments caused to CSR were particularly aimed at mostly motivating the companies to develop a genuine desire to take up a social cause and not burden them with social work.

Thus, one can attribute the mild curtailment of freedom as the main driver of the success of CSR.

But this gives rise to a pertinent question what really is the role of the corporate social responsibility committee in India?

It is to be noted that the committee works to formulate and effectively recommend to the board the amount of expenditure to be incurred on the activities.

Alternatively, it also assists in monitoring the Corporate Social Responsibility Policy of the company from time to time. 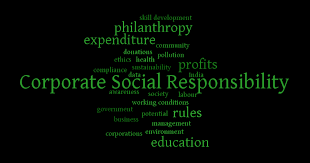 In order to emphatically counter any discrepancy, the board also ensures that the company spends, every financial year.

The criteria are that at least 2% of the average net profits of the company that are made during the three immediately preceding financial years should be used for CSR activities.

Thus, in totality, one can maintain that the CSR activities in India are worked out efficiently under a system that solemnly ensures that the system is worked out in a proper manner.

In fact, given the higher scope of the policy, amendments were made in If the company fails to spend such amount, the financial year 2019.

In order to inculcate the responsibility in various corporations in India, the newer amendment has suggested that if any amount that is remaining unspent, shall emphatically be transferred by the company within a period of thirty days.

This should be transferred to a special account to be opened by the company, which will be effectively called the Unspent Corporate Social Responsibility Account.

Thus, in recent years the government has been trying to incorporate responsibility amongst the corporations and making it arduous for them to skip their social responsibility.

CSR has a high potential for the future, will the government be able to make any fruitful gains out of it, is something we’ll have to wait and scrutinize.