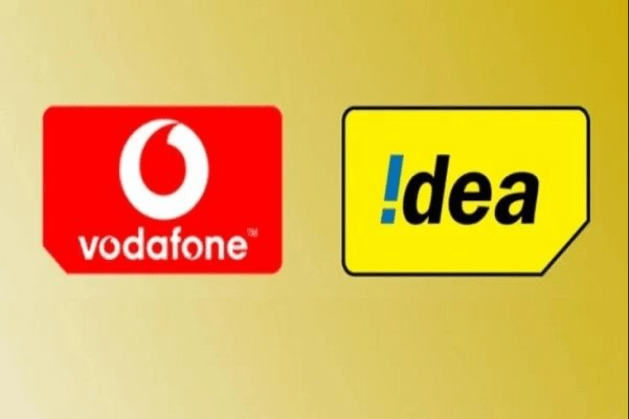 Call it an ill-omened debacle or a case of poor strategy but Vodafone has brought its investors to the front of a despicable negotiation table. Negotiations that will include talks about the future course of action in regard to their exposure to the debt-laden telecom player. It is to be noted that the telecom player is currently struggling to stay afloat.
Given the debt-ridden state of the telecom giant, quite rationally the investors and promoters have denied infusing cash in Vodafone Idea. Additionally, in much interesting turn of events, the apex Court has recently dismissed a plea for rectification of alleged miscalculation adjusted for gross revenue dues. The revenue has to be played by the company to the government which is quite an aversive situation for the telecom giant. The Supreme court has also actively condemned the telecom operator to bankruptcy and has recommended if it can raise fresh capital. It is to be noted, that given Vodafone’s bankruptcy status, it quite unlikely that it will be able to raise cash in the market. As for its investors and promoters, they have denied infusing extra cash in the telecom giants to get it out of troubled waters.
As aforementioned, the prospects of fundraising for the company look quite bleak. But why are Vodafone investors actually denying the only chance to save the telecom giant? It is due to a pertinent fact that any new strategic investor will be pouring billions of dollars into the government coffers. This effectively means that the funds will not be strategically or effectively be reinvested in the company to prepare it for the new 5G world but will be redirected to the government.
In addition to court proceedings, another potential discouragement that has come for various other investors is that Kumar Mangalam Birla has stepped down as non-executive director and non-executive chairman of Vodafone Idea. Additionally, much to the dismay of the telecom giant and its investors, he has offered the government to buy out Aditya Birla group’s stake in the company. Aditya Birla Group Chairman has effectively offered to hand over his stake in VIL to the government or any other entity so that Vodafone remains functional.
Given all the aforementioned, aversive situation, Vodafone Idea is highly unlikely to be able to service its gross debt. It is to be noted that the telecom giant’s debt stands at a whopping Rs 1.8 lakh crore. According to reports, the telecom operator owes at least Rs 28,700 crore to several state-owned lenders. If official data is scrutinized thoroughly, it can be noted that VIL had an adjusted gross revenue liability of Rs 58,254 crore. But it is to be remembered that the telecom operator has paid Rs 7,854.37 crore.
Given a major telecom giant is under immense financial stress, it is to be noted that Section 10 of the Insolvency and Bankruptcy Code can be used as a preference. The Sector 10 of IBC allows a company to file for insolvency after a payment default. But such a voluntary application requires a maximum shareholder approval I.e. of 75 per cent. It is to be noted that the default required to trigger IBC can be a failure to repay bonds, a loan or an operational debt. In the case of Vodafone, it is crippled the financial state of the company. Thus, given Vodafone’s delay in payment of financial dues, it can surely use IBC as a reason for default, or the AGR liability.
It is to be noted here that if Vodafone opts for this step, Section 10 might actually offer a protective umbrella because that is what it is intended for. This is quite apt for a company as it can trigger the proceedings under legitimate business failure.
On the other hand, it will not come as a surprise to many but banks in India have started marking Vodafone as a stressed company. IDFC is the first Bank that has marked Vodafone Idea as stressed. Additionally, the bank has also provided for 15 per cent of the outstanding debt.
given the Vodafone debacle, it can be seen in the near future that it could have a bearing on the earnings performance of these banks. This will be due to the fact that the banks will have to make hefty provisions against these ill-omened loan accounts.

Given that another telecom giant is defaulting in the economy, various concerns in the banking sector have been raised. Such claims have also been corroborated by S S Mallikarjuna Rao the MD and CEO of Punjab National Bank. The developments in the last few days, in the case of Vodafone, has led to concern for the banking industry, referring to the AGR-related issues for the telecom players.
However, banks that are already marred with a huge number of defaulters like PNB will not be highly affected by such a debacle. This is due to the fact that PNB’s stake in the company is not very high, thus, it is not going to impact PNB’s balance sheet.

The whole debacle comes after the apex court had asked the telecom players to settle their AGR related dues. The AGR related dues were worth Rs 93,520 crore towards the government which needed to be settled over a period of 10 years.
Concerns for the same were risen by Birla in a letter to Cabinet Secretary Rajiv Gauba in the month of June. Birla, who holds a significant 27 per cent stake in VIL had aired his concerns that investors were not willing to invest in the company. The hesitancy was due to the absence of clarity on AGR liability. Additionally, ambiguity regarding an adequate moratorium on spectrum payments was also a potential deterrent. But most importantly floor pricing regime being above the cost of service was the main reason for hesitancy amongst the investors.
Compared to its peers,  the aggregate gross revenue liability of Bharti Airtel stands at Rs 43,980 crore. Similarly for the Tata group, its AGR liability stands at Rs 16,798 crore. BSNL has an AGR liability of Rs 5,835.85 crore and MTNL has Rs 4,352.09 crore.
Thus, given the huge telecom debacle, it might come as no surprise that SBI was the worst Nifty50 performer today and was down by 3.3 per cent. Similarly, no one needs to wonder why shares of IDFC First Bank have tanked over 5 per cent recently. Similarly, shares of YES Bank have plummeted by 2 per cent.